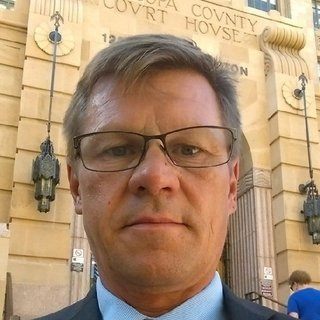 After being honorably discharged from the U.S. Army, Mr. Blehm earned his Bachelor Degree in Political Science and Spanish from Colorado State University. During college, Mr. Blehm trained at the Colorado Law Enforcement Training Academy and worked as a Reserve Deputy Sheriff for the Pueblo County Sheriff’s Department in Pueblo, Colorado. He also interned at the Pueblo County District Attorney’s Office in the Criminal Investigations Division. Mr. Blehm then earned a Master of Arts Degree in Latin American Studies and a Juris Doctor from the University of Arizona. During law school, Mr. Blehm was on Law Review and worked as a pro bono immigration attorney where he argued a case before the United States Court of Appeals for the 9th Circuit. He also clerked for the Tennessee Court of Criminal Appeals and studied international dispute resolution, arbitration, and mediation at the Institut fur Anwaltsrecht an der Humbolt Universitat zu Berlin in Berlin, Germany. Mr. Blehm graduated summa cum laude and Order of the Coif. After law school, Mr. Blehm spent 10 years working for the prestigious law firm of Bowman and Brooke LLP where his practice focused on complex and technical product liability defense litigation. During his tenure at Bowman and Brooke, Mr. Blehm engaged in all aspects of litigation. Although his practice focused on technical motor vehicle litigation, including on and off-road vehicles and motorcycles, Mr. Blehm defended numerous products, including helmets, air conditioners, and pharmaceuticals. During his career, Mr. Blehm has spent a significant amount of time working closely with technical experts, including engineers, toxicologists, accident reconstructionists, medical doctors, radiologists, and statisticians on highly complex and technical issues. Mr. Blehm also defended commercial litigation claims on behalf of the firm’s clients. In July 2014, Mr. Blehm founded Blehm Law PLLC. Mr. Blehm was appointed to served as a Judge Pro Tem in July