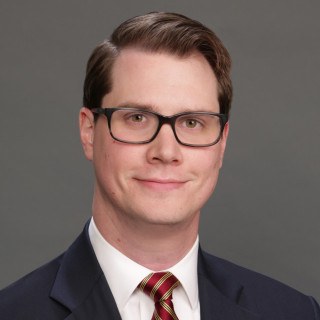 Brian is originally from central New Jersey. He moved to the DMV area in 2014 for law school, intending to move to Virginia to practice. He became a licensed Virginia attorney in 2017 after graduating law school, and moved into the Commonwealth shortly thereafter. Brian’s law school experience includes work in a non-profit advocacy organization, a public interest law firm, the United States Federal Election Commission, and the United States Senate Judiciary Committee.
State Admission

Q. Is it legal for a police officer to ask if I have any weapons on me when I'm carrying a concealed carry permit?
November 17, 2020
A: It is absolutely legal for an Officer to ask you if you have any weapons on you. If you have a CHP in Virginia, there is no affirmative obligation to inform an Officer that you are carrying a concealed weapon. You are obligated to provide your CHP & Photo ID if asked, though. If you are asked whether you have a firearm on you, your choices are: Refuse to Answer, Answer Honestly, and Lie to a Police Officer. Of those, assuming you have a license to carry a lawfully possessed firearm, answering honestly is probably the best bet. The other options will likely just lead to a search of your person for weapons, and an unhappy police officer.

Q. i have a hearing for a restoration of firearm rights. Id like to know what i need to expect and how i sohuld prepare.
May 5, 2020
A: A Virginia Court can restore your firearms rights for "good cause shown." You should be prepared to give them a reason to do so. Bring anything with you that may help make your case, and demonstrate the positive facts you mention above. For a petition like this, the opposing party is the Commonwealth of Virginia. The Commonwealth's Attorney's office should file an Answer in response to your petition. This should let you know if they either have no objection (great!), or if they do object, why. Be wary of any order/ruling that does anything than fully restore your firearms right (like, say, only long guns for the purpose of hunting), as technically the Court does not have authority to that- it can either grant or deny the petition, and can't get creative. And, as always, if you're going to be in a Courtroom, its better to have an Attorney than not.