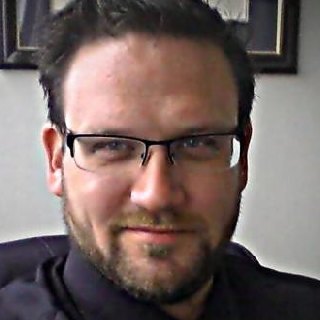 Managing Partner, Brian Thoman began practicing law in the Hampton Roads area after earning his law degree from the Regent University School of Law in 2006. After graduating, he practiced in the areas of criminal defense, traffic / DUI defense, family law, civil litigation, and bankruptcy. In July of 2007, Mr. Thoman became prosecutor for the Commonwealth of Virginia, and worked in the Newport News Office of the Commonwealth Attorney. During his tenure as a prosecutor, Mr. Thoman handled a variety of cases including criminal and traffic misdemeanors, juvenile and domestic crimes, drug possession and distribution crimes, white color felonies, arson, and violent adult felonies, such as burglary, robbery, all types of felonious assault, rape, and murder. During his 5 1/2 years as a prosecutor, Mr. Thoman successfully tried or negotiated THOUSANDS of cases in front of the General District Courts, Juvenile & Domestic District Courts, and Circuit Courts in the Commonwealth of Virginia.

Legal Disclaimer: This may be considered AN ADVERTISEMENT or Advertising Material under the Rules of Professional Conduct governing lawyers in Virginia. The information presented at this site should not be construed to be formal legal advice nor the formation of a lawyer/client relationship.

Sr. Assistant Commonwealth's Attorney
Office of the Commonwealth's Attorney
2007 - 2013
Lead arson prosecutor for the Newport News Commonwealth's Attorney's Office. Conducted jury trials on murders, assaults and maimings, robberies, firearm charges, B & E's, and Drug offenses. Worked with victims and witnesses in developing prospective criminal complaints and cases. Worked with investigators to help develop the factual basis' of cases to prepare for trial, direct the investigation, and to determine if additional evidence would be required. Extensive experience advising law enforcement officers on criminal law and procedure. Instructor at the Newport News Police Academy. Presented thousands of cases to the General District, Traffic, J&DR, and Circuit Courts, as well as accomplished in identifying cases for plea agreements and negotiating with opposing counsel.