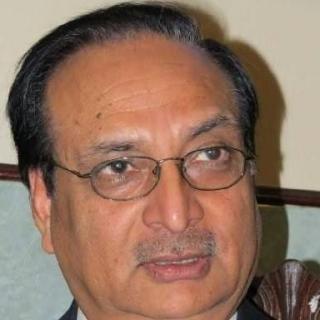 Mr. Ahuja is a U.S. citizen born in India. He is admitted in the states of New York, Connecticut, Virginia, U.S. Tax Court, Court of Appeals for the Federal Circuit, U.S. District Court; Southern District of NY, U.S. District Court; Eastern District of NY, and India. Mr. Ahuja received his education and experience both in India and the United States. Mr. Ahuja holds an LL.M. (International Business Law); an LL.M. in Labor Laws; LL.B. (JD); M.B.A. (Personnel Management & Labor Welfare); M.B.A. (Business Management); a Diploma in German language; a Postgraduate Diploma in Gandhian Philosophy, besides his M.A. (Major: International Relations) and B.A. (Honors) degrees. Mr. Ahuja has worked as an Attorney (Trademarks) at the United States Department of Commerce, Patent and Trademark Office, as an Of Counsel to Aitken Irvin Lewin Berlin Vrooman & Cohn, LLP, a Washington, D.C. based law firm specializing in the international business law, as a Consultant to M&M Consultants in Massachusetts, as a General Counsel to Soft Computer Consultants in New York, and Regional Manager at Oriental Bank of Commerce, India. Mr. Ahuja has worked as an Adjunct Faculty at Baruch College [City University of New York], New York, NY, as an Adjunct Faculty and taught International Business at the USDA Graduate School, Washington, D.C; and as Adjunct Faculty at Howard University. He has been on numerous other legal panels and organized a number of conferences, has frequently been a guest speaker to various institutions of management sciences and law including Continuing Legal Education program for attorneys. Besides his law practice, Mr. Ahuja works as an Arbitrator with Small Claims Courts in New York. He is fluent in English, Hindi, Urdu & Punjabi languages and enjoys writing poems in his native languages. Mr. Ahujaâs professional activities and associations [past & present] include membership of the Indo-U.S. Joint Sub-commission on Trade and Investments [1997]; Member: