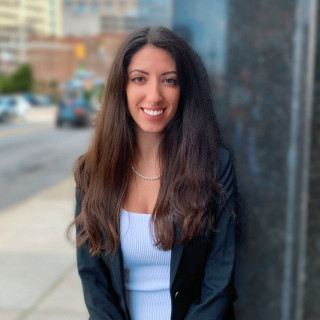 Detroit Civil Rights/Employment Attorney
Review This Lawyer
Compare Save
Client Reviews
Robin Arce February 8, 2022
What can I say about Amanda? She helped me through one of the worst times in my life! Amanda was my attorney, but I now consider her a friend. Like family. Only family would fight for me as hard as she did! Amanda is hardworking,intelligent, genuine, caring, and professional. She took on a case that seemed to have astronomical odds against us! She believed in me from the beginning. She talked me down during the tough times, and helped me through every step of the process. I never had to wonder, or wait for a call from her. Amanda's attentiveness to my case eased my mind so much! Amanda made it so I could tell the truth about what was done to me, the lawsuit that happened as a result of it. My voice finally heard! What a relief! I feel vindicated. I can't thank Amanda enough! I am a client for life.
View More
Read All Client Reviews
Badges
Claimed Lawyer ProfileSocial Media
Biography

Amanda M. Ghannam is a Detroit-based attorney representing workers in employment disputes, survivors of sexual assault, student-complainants in Title IX proceedings, and victims of police misconduct in negotiations and lawsuits in state and federal courts. Amanda specializes in advocacy for clients experiencing discrimination, harassment, and retaliation in the workplace and has secured numerous settlements for clients who were wrongfully terminated. In 2020, Amanda and her co-counsel obtained a historic federal restraining order and preliminary injunction prohibiting the Detroit Police Department from using excessive force against Black Lives Matter protestors.

Amanda first joined Nacht & Roumel, P.C. in 2018 and returned in 2021 after a year with another Metro Detroit civil rights firm. She earned her Juris Doctor with a specialization in Labor, Work, and Income from Northeastern University School of Law in Boston, Massachusetts. Amanda is admitted to practice law in the State of Michigan and the federal District Courts for the Eastern and Western Districts of Michigan, Northern District of Indiana, and Central District of Illinois.

Federal District Court for the Northern District of Indiana

Federal District Court for the Northern District of Ohio