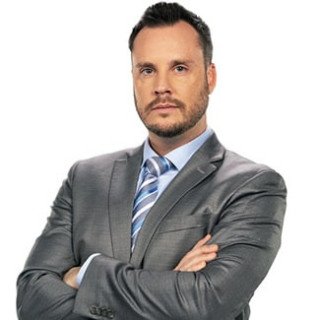 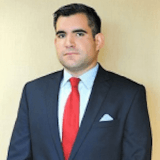 Aaron is an excellent litigator who takes pride on making a difference for his clients.
Read All Lawyer Reviews
Badges
Offers Video ConferencingSocial Media
Biography

Aaron Papero, a native Floridian, obtained his Juris Doctor degree from Nova Southeastern University’s Shepard Broad Law Center in 2008. He graduated with various honors including the “Order of the Barrister” and “Krupnick and Campbell” awards for excellency in trial advocacy.

After graduation, Mr. Papero worked as an Assistant State Attorney for the Palm Beach County State Attorney’s Office where he spent 9 years sharpening his skills as a strong litigator. During that time he successfully tried over 100 jury and non-jury misdemeanor and felony cases ranging from simple battery to first degree murder. At times he carried caseloads in excess of 300 cases while also supervising multiple young prosecutors as a division lead. He was eventually promoted to the Organized Crime Unit and became cross-sworn as a Special Assistant United States Attorney where he was tasked with investigating and prosecuting criminal cases such as drug and gang violence in the Southern District of Florida. His impressive abilities to lead others, prosecute and investigate while managing excessive workloads added to his repertoire of experience once he joined private law firms in the South Florida area.

While working for a private civil defense firm, he engaged in all aspects of civil practice in the areas of personal injury, product and premises liability, and first-party property cases. Today, he excels at securing maximum financial recovery for clients and providing competent legal representation for the injured.

Assistant State Attorney
Palm Beach County
2008 - 2017
• Experienced and strong litigator having successfully tried over 100 jury and non-jury misdemeanor and felony trials ranging from Simple Battery to First Degree Murder in both State and Federal Court. • Promoted quickly to Specialty Division with the Organized Crime Unit engaging in multiple complex criminal litigation cases including Gang RICO’s with State and Federal nexus. • Recognized by State Attorney for successful convictions in numerous felony trials. • Managed all aspects of felony criminal prosecution from case filing to pleas, trials and appeals. • Skillfully responded to and argued all appellate post conviction motions for the Felony Division • Served as the lead attorney in the division and ensured proper management and supervision carrying caseloads in excess of 300 cases at a time. • Supervised and trained subordinate attorneys and support staff. • Managed special executive assignment cases in Broward County. • Presented training on substantive areas of law to other Assistant State Attorney’s. • Conducted presentations throughout the community on numerous topics relevant to the role of the State Attorney’s Office.