Jonathan was inspired to become a lawyer due to his natural drive to help people. He knows that when people need the services of an attorney, they are often scared, frustrated, and hurt. He likes helping to relieve that burden by explaining the litigation process and helping them to understand that they have someone...

Free ConsultationEmployment, Medical Malpractice, Nursing Home and Personal Injury
Willamette University College of Law
Compare Save
Show Preview
View Website View Lawyer Profile Email Lawyer
A Las Vegas native, Alberto earned his bachelor’s degree in criminal justice from the University of Nevada, Las Vegas. He continued his education at Willamette University College of Law in Salem, Oregon, where he earned his Juris Doctor. Alberto joined the Richard Harris Personal Injury Law Firm in July 2017, and he has been practicing since May 2018.

Alberto was inspired to become a lawyer after his 6th grade teacher encouraged him to research the legal profession. He was in awe of how lawyers were able to help people, and he decided to pursue a career in the legal field. Alberto... 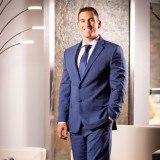 
Employment, Medical Malpractice, Nursing Home and Personal Injury
Compare Save
Show Preview
View Website View Lawyer Profile Email Lawyer
Brian has always had a passion for helping others, and being a lawyer is the perfect way for him to help clients in need, people who need direction to navigate through the legal system. He earned a B.A. in Psychology from University of Colorado and his Juris Doctorate from Sturm College of Law at University of Denver. He joined the Richard Harris Law Firm in 2019.

Brian likens an interaction with the law to a new and unexplored journey. For many, being tied up in a legal issue is akin to taking a hike in an unexplored mountain range, without a... 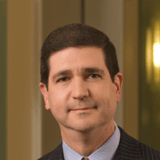 Claimed Lawyer ProfileOffers Video ConferencingSocial Media
Richard Harris
Denver, CO Lawyer with 27 years of experience
(303) 622-5502 1125 17th Street
Suite 450
Denver, CO 80202
Offers Video Conferencing Video ConfAppeals, Divorce, Family and Juvenile
The University of Denver Sturm College of Law
Compare Save
Show Preview
View Website View Lawyer Profile Email Lawyer
Originally from New York City, Rich Harris, Esq. has made Colorado his home for over 20 years. Rich received his Bachelor of Arts degree in International Relations from the University of Southern California and his Juris Doctor degree from the Sturm College of Law at the University of Denver. Rich's passion for superior representation in the practice of divorce and child custody law is the driving force behind The Harris Law Firm. He has been recognized by his peers in the legal community on numerous occasions, and frequently lectures on family law issues. Committed to the idea that clients should...