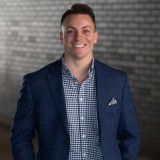 Claimed Lawyer ProfileSocial Media
Joshua James Fitch
DENVER, CO Lawyer with 4 years of experience
(303) 801-1763 1401 Lawrence Street
Suite 1600
DENVER, CO 80202
Business, Real Estate, Securities and Tax
University of Colorado Law School
Compare Save
Show Preview
View Website View Lawyer Profile Email Lawyer
Born in Ft. Lauderdale, Florida, Josh moved to Colorado to attend law school at the University of Colorado Boulder after graduating with an undergrad degree from the University of Florida. Attracted by the culture of the west, and the call of the mountains, Josh quickly found a home in the CU Law community, and on the slopes of the Rockies. Like many entrepreneurs, Josh believes that “success” is more a product of freedom in your life than the cash in your bank account. It is that driving philosophy, among other things, that compelled Josh to start Troxel...

He is passionate about protecting the rights that our forefathers sacrificed so much to secure, especially those found in the Bill of Rights, such as freedom of speech, freedom of religion, and the right to keep and bear arms.

With more than a decade of practicing a wide variety of types of cases, Josh stands ready to help, especially in cases involving government intrusion.

Josh is past president and current member of Lititz Fire Company and worships at Westminster Presbyterian Church. 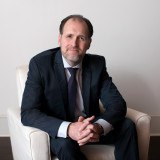 Bankruptcy, Criminal and Personal Injury
William Mitchell College of Law
Compare Save
Show Preview
View Website View Lawyer Profile Email Lawyer
"I’m Josh Johnson. I provide first-rate Minnesota legal representation at reasonable rates. I have extensive experience in the 12 counties in and around the Twin Cities Metro area, and have represented hundreds of clients in criminal defense, personal injury and bankruptcy cases. If you have been injured in an auto accident, charged with a crime, or need advice about debt or bankruptcy, call me - initial consultations are always free. I received my Juris Doctorate from William Mitchell College of Law and my bachelor’s degree from the University of Wisconsin – Madison. I am admitted to the Minnesota Bar...

Free ConsultationProducts Liability
Compare Save
Show Preview
View Website View Lawyer Profile
Josh Mankoff earned his Juris Doctorate, magna cum laude, from Temple University Beasley School of Law, in 2009. While obtaining his law degree, Mr. Mankoff spent a summer clerking for the Honorable Dolores K. Sloviter on the United States Court of Appeals for the Third Circuit. He also spent a year in Africa, first interning on the International Criminal Tribunal for Rwanda, in Arusha, Tanzania (which tried the masterminds of the 1994 genocide) and later observing the local gacaca proceedings in Rwanda (which tried up to one million low-level perpetrators). Back at Temple, Mr. Mankoff won a Philadelphia-wide legal writing... 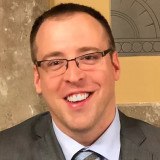 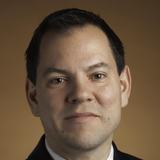 
Free ConsultationCriminal, Divorce, Family and Personal Injury
Roger Williams University
Compare Save
Show Preview
View Website View Lawyer Profile Email Lawyer
Mr. Rui P. Alves is admitted to practice in all State and Federal Courts in Rhode Island, as well as, all State Courts in Massachusetts. For detailed practice areas, click here. After obtaining his Bachelor of Science in Criminal Justice from the College of Criminal Justice at Northeastern University in Boston, Massachusetts, he went on to obtain a Juris Doctor from the Roger Williams University School of Law. Mr. Alves also attended the Catholic University of Portugal, School of Law in Lisbon, focusing on European Union law. Prior to joining Barton Gilman, LLP, Mr. Alves maintained a boutique firm...
FirstPrevious
FAQ Lawyers Get Listed