When he left the practice she opened an office in Mount Vernon, Washington. She worked in Estate Planning and as a Guardian ad Litem for Allegedly Incapacitated Adults, eventually receiving so many Family Law referrals that it became her primary area of practice. In that capacity she handled dissolutions,...
Compare Save 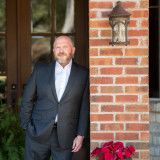 Free ConsultationCriminal and Personal Injury
University of Tulsa College of Law
Show Preview
View Website View Lawyer Profile Email Lawyer
Matt grew up in Austin, Texas and graduated from Baylor University in 1989 with a BBA in Finance. In 1992, Matt graduated from the University of Tulsa School of Law and started working as a legislative assistant for United States Congressman Sam Johnson. After his admission to the State Bar of Texas, Matt accepted a position as a felony prosecutor with the Potter County District Attorney’s Office in Amarillo, Texas. Wanting to move closer to home, he accepted a position with the Smith County District Attorney’s Office in 1995. Over the next 23 years at the Smith County DA’s Office,...
Compare Save 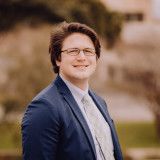