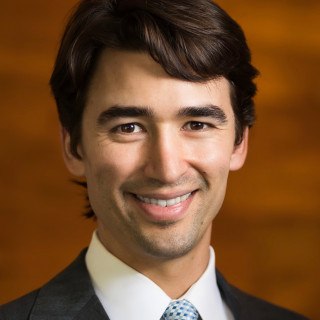 Walker Fults represents a select clientele of individuals who have been charged with crimes in Dallas, Texas, and the surrounding metroplex areas. He treats every case as if it will go to trial. Taking an aggressive approach at the outset allows him to uncover every detail that could contribute to a positive outcome for his clients’ cases. Whereas some lawyers settle on the prosecutor’s terms, Walker Fults has successfully obtained Not Guilty verdicts at trial and had cases dismissed outright. Walker Fults doesn’t stop working for his client until he’s gotten the absolute best result.

Before opening his own law practice, Mr. Fults worked for several years at top private law firms in downtown Dallas. He was also selected for a prestigious federal clerkship at the United States District Court for the Southern District of Texas, where he authored over twenty-five draft orders and opinions disposing of a wide range of federal cases. While inside federal court chambers, he also worked up close with federal criminal cases including federal drug trafficking, federal sex abuse cases, judicial bribery, and criminal immigration matters.

Walker Fults received his undergraduate degree from Duke University and his law degree from the University of Virginia School of Law, both top ten nationally ranked institutions. While at Duke he was published in the Washington Undergraduate Law Review for his research on driftnet electronic surveillance and its Fourth Amendment implications. While at law school, he was Executive Editor of the Virginia Journal of Law and Technology, and participated in the selective criminal defense clinic, where he was the only practitioner to obtain a not guilty verdict at trial for a client charged with a serious drug crime.

Walker Fults lives in Dallas, Texas. He is a third generation Dallas trial lawyer and is deeply grateful to work every day in a law practice focused on bringing the best representation to those who need it most.

How to Talk to Police
Dallas TX Criminal Lawyer
January 4, 2017

Criminal defense Attorney Walker Fults represents individuals who have been charged with crimes in Dallas and the surrounding North Texas area. Walker Fults is the criminal lawyer who doesn’t stop working for his client until he’s gotten the absolute best result. See how two actual former clients volunteer to tell their story of how Walker Fults helped turn a bad situation into a great result.

Q. In Texas are police officers required to report a crime when they learn of it?
July 6, 2017
A: Police have discretion to report, ticket, or charge someone with a crime. For example, police often see a traffic offense, and find during the course of a legal stop that they may have the legal authority to write 4 different tickets. A good police officer may only choose to write one ticket, and educate the driver about the other issues. This would be an example of police discretion. Remember that police are human beings too. They want to enforce the law, but they also want to have good relations with other people. Being kind and polite to police officers is always a good idea; just don't let them push you around or intimidate you, and remember to never confess to breaking the law.

Q. Can two 17 year olds in Texas who both consent to having sex with each other be stopped from having sex by the parents
July 6, 2017
A: In Texas, the age of consent is 17. That means 17 year olds can consent to sex, so there is no legal issue there. However, our legal system also treats those under 18 as "minors." While living under the parents' control, minors are expected to listen to and obey their parents. However, disobedience to parents is not a crime. Legally, the parents cannot stop two 17 year olds from having sex, unless they "ground" the minor or take other non-legal measures to enforce their parenting rules.

Q. Is communication between my husband and our son (who is 5) while he is dealing with a criminal court case a problem?
July 6, 2017
A: It sounds like your sister wants punishment that is bigger than the crime. What he did was wrong, but should be lose his marriage and contact with his son over it? Or should you forgive him and try to understand why he did it, and reconcile? That's for you to decide. Your sister will find her own way--don't let her hold your marriage hostage. Legally speaking, it sounds to me like your husband can communicate with you and his son until he is prevented from doing so by a court order, like a protective order. Without seeing more details about your situation, it's hard to say for sure. Your husband and your family will have the best outcome if you hire a skilled attorney to help your husband through this trouble.