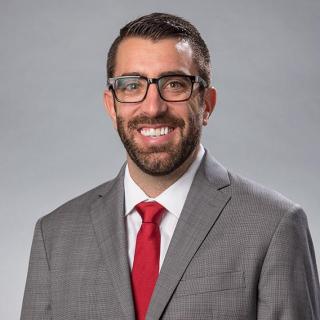 Ty Frankel is a Class Action and Employment Law attorney. He represents clients before federal and state courts and agencies in a wide array of class action and employment law matters. He has extensive experience litigating and providing counsel related to wage and hour, wrongful discharge, retaliation, discrimination, sexual harassment, hostile work environment, and related claims. He has represented numerous clients in individual, collective, and class action lawsuits for recovery of unpaid overtime and wages due under the federal Fair Labor Standards Act and state unpaid wage statutes. He has also investigated and litigated class action matters on behalf of individuals unlawfully impacted by discriminatory and predatory business practices. Mr. Frankel is also committed to ensuring fairness for immigrants, including unaccompanied children who are in immigration custody. He has served as a pro bono attorney for the Florence Immigrant and Refugee Rights Project, which provides pro bono legal services to vulnerable immigrants in Arizona. He is currently on the Board of Directors for the Florence Immigrant and Refugee Rights Project as well. Mr. Frankel earned his law degree from Boston College Law School, graduating cum laude. While there, he was a LEND Fellow at the Boston Children's Hospital, where he studied legal and public policy concerning children with developmental disabilities. He was also a Student Attorney at the Boston College Immigration and Asylum Project, representing clients before the United States and Immigration Services and Immigration Court. Mr. Frankel attended his first year of law school at Loyola University College of Law in New Orleans where he earned positions on the Loyola Law Review and Moot Court Staff, as well as the Legal Excellence Award in Property II and Torts II.

Arizona
State Bar of Arizona
Since 2009

Ones to Watch in America
Best Lawyers
2022