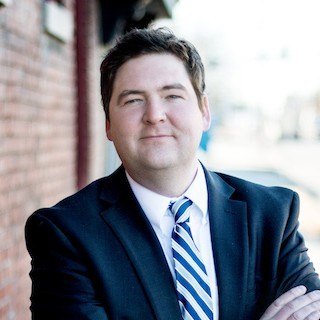 Nahon, Saharovich & Trotz Personal Injury Attorneys
Review This Lawyer
Compare Save
Client Reviews
Jody B. November 16, 2022
The best lawyer around here If you need a lawyer around Cape Girardeau Travis knows how to help you. And I've had a lot of lawyers through out the years and he's the only one who would keep in touch and take my calls and would call me back. He's very knowledgeable about the laws, he's very smart, courteous, caring and very professional. Thank you Travis for fighting for me!!!!
View More
Read All Client Reviews
Badges
Claimed Lawyer ProfileOffers Video ConferencingBlawg SearchSocial Media
Biography

Travis C. Bargeon grew up in St. Charles, Missouri. His father was an aerospace engineer who was integral to the designs of the fighter planes that have kept our nation safe and secure over the past four decades. His mother spent her career as a crisis counselor dedicating her time and effort to high school aged youths in need of guidance in the most difficult situations life has to offer.

Inheriting his father’s brain and his mother’s heart, Travis was determined to utilize his education to help those who ordinarily would not have access to outstanding professionals. He began his career at the public defender’s office where he immediately represented hundreds of clients facing felony charges in Missouri’s criminal court system. Before the age of thirty, he had procured results in the criminal court system that would take most attorneys decades to achieve. He has tried cases to both juries and judges, litigated motions to dismiss and suppress, and negotiated hundreds of dispositions that have led to his clients’ releases from incarceration. In addition, Travis worked in Washington D.C., where he preformed legal work including an intensive assignment involving the merger between Comcast and Time Warner.

After five years of public service, Travis joined his mentors Amanda Altman and Pat McMenamin at the Altman and McMenamin law firm. He has expanded his practice to include civil litigation where he continues to serve people with various legal problems at the highest level. Travis provides the compassionate ear that clients need during difficult legal situations and the knowledge to ensure they get the best results possible. He is frequently referred to by clients as “the only lawyer I trust.” Mr. Bargeon practices as “Of Counsel” in the firm's Cape Girardeau office.