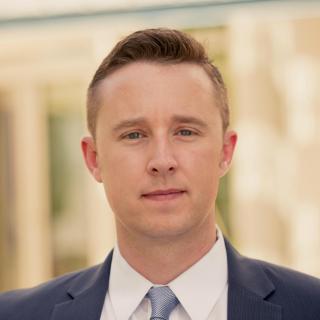 Attorney Tobin handles criminal and DUI cases throughout the Phoenix Metropolitan Area providing clients with professional, experienced, and aggressive representation. He’s known for his honesty, compassion, and dedication to justice. When you step into the Mr. Tobin’s office, expect professionalism with a friendly touch. He’ll take the time to listen to your concerns and needs and work with you to dismiss charges, reduce charges, limit penalties, and protect your legal rights. Attorney Timothy Tobin graduated with honors from Stonehill College in Massachusetts. Following his passion as a legal advocate, he earned his Juris Doctor from New England Law Boston where he was on the Dean’s list every semester. During law school, Mr. Tobin was a student-practitioner representing indigent women in divorce and custody disputes. He also worked at the prestigious law firm Lubin & Meyer of Boston, Massachusetts. Mr. Tobin is admitted to practice law in the States of Arizona and Hawaii. Following law school, Mr. Tobin opened a criminal defense practice in Hawaii where he defended private and indigent clients in a variety of criminal charges. Mr. Tobin spent a large portion of his time working for the State Judiciary as a court-appointed attorney in misdemeanors, felonies, juvenile matters, and child protective service proceedings. Following private practice, Mr. Tobin joined the County of Kauai Prosecutor’s office where he was the lead felony drug prosecutor for two years. He handled cases from charging and grand jury, to trial and post-conviction. Mr. Tobin left Hawaii to practice criminal law in Arizona. He joined the Maricopa County Attorney’s Office as a Deputy Prosecutor. Realizing that his true passion was defending the accused, Mr. Tobin returned to criminal defense to focus on helping people through difficult and trying times.

Attorney
Tobin Law Office - Arizona Office
2014 - Current
In his legal career, Mr. Tobin has garnered several awards and much recognition. In 2016, Mr. Tobin was awarded recognition as a top 10 ten attorney in client satisfaction by the American Institute of Criminal Law Attorneys. In 2016, Mr. Tobin was again awarded recognition as a Top 40 Under 40 Attorney in Arizona by the National Trial Lawyers. He received this same award in 2015. Attorney Tobin was elected Secretary to the Kauai Bar Association, served on the local practice committee, and was appointed by the mayor to chair the drug enforcement committee. Mr. Tobin coached students in mock trial competitions and helped set up Hawaii’s first self-help legal center. Mr. Tobin received awards for his service to the State Judiciary in his role with the court’s mediation program and self-help legal center. As a lead felony drug prosecutor, Mr. Tobin regularly spoke at public events and taught courses at the police academy.

When you are facing DUI charges in Mesa, you need a DUI lawyer who has experience and can help you to get the best possible outcome. Tobin Law Office is your top DUI defense attorney for Mesa and surrounding areas.

Don' t know what misdemeanor assault is in the state of Arizona? Visit our website to learn more: http://www.tobinlawoffice.com/misdemeanor-assault-in-arizona-a-r-s-chapter-13-1203/

Learn about the consequences of a criminal property damage charge. Contact Tobin Law Office and we be glad to answer any of your questions.

Learn the consequences about excessive speeding in Arizona and why it's important to consult with a defense attorney. Consult and learn the three strategies that Tobin Law Office use to help your case.

Are you facing a domestic violence charge in the state of Arizona? If so, contact the law office of Tim Tobin. We are experienced in the area and will fight hard to get you a favorable outcome.

If you are dealing with criminal charges in Mesa, you need a criminal defense attorney who can help you to get the best possible outcome. Tim Tobin with Tobin Law Office has years of experience on both sides of the courtroom and can assist you in getting your charges reduced or maybe even dropped .