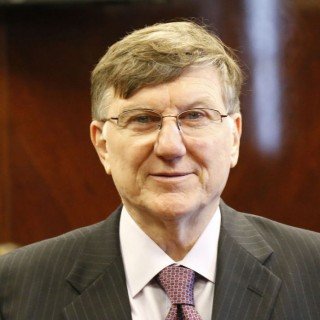 Tom was born and raised in Youngstown, OH. He graduated from the University of Maryland, College Park, MD in 1969 and from George Washington Law School, Washington, DC in 1973. He was admitted to practice in Maryland by the Court of Appeals on December 27, 1973. Since his admission, he has never been the subject of any complaints or disciplinary proceedings. He has a completely unblemished record with the Bar.

After law school Tom clerked a year for the Hon. E. Mackall Childs in the Circuit Court for Anne Arundel County, Maryland before spending two years as a staff attorney with the Office of the Public Defender. Since 1975, he has been in private practice.

In the mid 1990s, Tom began to focus his practice on defending child sex abuse cases. Since then, he has devoted his practice exclusively to sex crimes defense. Over the last two decades he has represented hundreds of clients throughout the country. He has been admitted pro hac vice as defense counsel at the trial and/or appellate level on criminal child sexual abuse cases in Massachusetts, Florida, West Virginia, Virginia, Utah, Kansas, Illinois, Wisconsin, Pennsylvania, Ohio, New Jersey, New York, Delaware, the District of Columbia and Georgia.

Tom has also been admitted pro hac vice as Amicus Curiae counsel for the False Memory Syndrome Foundation on briefs submitted to, and accepted by, the Supreme Courts of Texas, Rhode Island, Alabama, Pennsylvania, Tennessee, Illinois (twice), Georgia, Wisconsin, California, New Hampshire (twice) and Massachusetts, as well as two divisions of the California Court of Appeals and the United States Court of Appeals for the 5th Circuit.

At the appellate level, Tom, working in conjunction with the Office of the Public Defender, obtained a reversal of a child sexual abuse conviction at the Kansas Supreme Court. See State v. Plaskett, 27 P.3d 890 (Kan. 2001).

He and Mark Mack also prevailed before the Pennsylvania Supreme Court on a child abuse conviction involving issues of competency and taint as matters of first impression. See Com. v. Delbridge, 885 A.2d 27 (Pa.2003).

Tom has a special interest in defending child sex abuse cases in which the complainants are pre-school or very young children. In many instances, incompetent social workers and other zealots who investigate allegations of abuse influence the children to make certain statements by the way they interview the children. This psychological suggestion gives rise to the legal concept of “taint.”