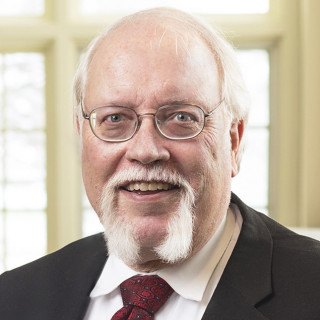 Terry Prendergast is a South Dakota trusts and estates and trust company attorney at Davenport, Evans, Hurwitz & Smith, LLP. Terry joined the firm in 2017 with a prestigious career of nearly 40 years practicing law in Sioux Falls. Interacting with counsel and clients across the country and the world, Terry extols the virtues of South Dakota’s top-in-the-nation trust laws, flexible procedures and low tax environment, stating, “To open up people’s eyes to one of the best kept secrets in business—that South Dakota has a flexible, advantageous and responsive environment for business, estate and wealth planning, gives me great satisfaction.”

Terry’s professional background:
*Provided legal counsel to hundreds of trust clients with trusts containing assets ranging from a few thousand dollars to over $5 billion.
*Worked with trust company clients with over $180 billion of assets under management in South Dakota.
*Worked on transactions ranging from $5,000 to $300 million dollars.
*Served as special counsel for multiple institutes of higher education in South Dakota, and as hearing examiner for the South Dakota Board of Regents.
*Served as special counsel for the formation of three public captive insurance companies for the State of South Dakota, its agencies, and various authorities for the State of South Dakota.
*Served on Governor’s Task Force on Trust Administration Review and Reform, 2010-2018.
*Past Bar Commissioner, Past Chair, Law School Committee and Continuing Legal Education Committee, State Bar of South Dakota.
*Past Member, USD Law School Foundation.

Terry has received an AV Preeminent® Peer Review Rating by Martindale-Hubbell®, has been selected to Best Lawyers® in the areas of Trusts and Estates and has also been ranked by Chambers High Net Worth Guide and Chambers and Partners in the area of Corporate/Commercial law and Private Wealth law.

Terry Prendergast of Davenport Evans Law Firm discusses some of the types of trust companies formed in South Dakota. South Dakota has nearly 100 trust licensed chartered non-depository trust companies and more than $300 billion of assets under management or custody, making South Dakota the top jurisdiction in the country.