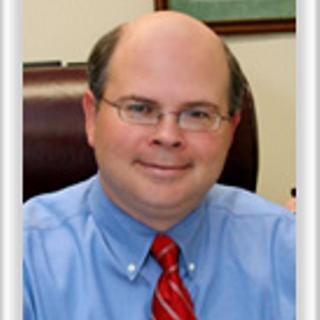 Born in New Orleans, but a life-long resident of Jackson County, Stephen obtained his Bachelor’s Degree from Georgetown University's School of Foreign Service in 1988, where he received a Certificate in German Public and International Affairs with Distinction. In 1993, Stephen graduated from Tulane University's School of Law, acquiring both a Juris Doctor Degree and a Certificate in European Legal Practice. While at Tulane, he served as Tulane Law School President, an extern clerk for U.S. District Judge Martin L. C. Feldman of the Eastern District of Louisiana, as a senior member of the Tulane Journal of International and Comparative Law and in the Tulane Inns of Court. Rated "AV" by Martindale-Hubbell, Stephen is admitted to practice law in Mississippi and Alabama. He is a member of the Mississippi Bar (Member: Medical Liaison Committee, 2007-2008; Technology Committee, 2005-present); Alabama State Bar; Jackson County Bar Association; American Bar Association (Member, Business Law Section); and American Inns of Court (Russell/Blass/Walker Chapter). Since 2007, he has served as a judge pro tem for the Pascagoula Municipal Court. Stephen's practice is general, with an emphasis on Business Law, Business Development, Commercial Transactions, Business and Commercial Litigation, and Medical Malpractice Defense. He has given lectures and continuing education classes for professionals on such topics as, "Business Law for the Practicing Physician/Provider," "Practitioner Responsibilities under HIPAA," and "Privacy of Peer Review Records.” Stephen has also given multiple seminars on the formation and operation of LLCs, and on Mississippi's 2010 Revised Limited Liability Company Act. Finally, Stephen has taught continuing education seminars on "Walking the Ethical Line in representing Business Organizations" and "2014 Legislative Update and Select Issues in Business Entity Operations."