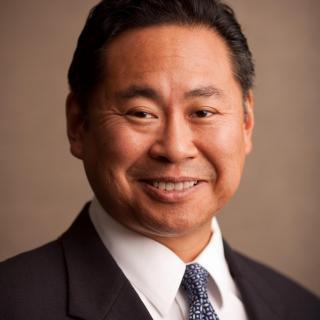 Shan’s professional and personal background gives him a unique understanding of academic institutions and the criminal justice system. A former federal prosecutor in Washington, D.C., he is at home in D.C. Courts and very familiar with all of the Washington, D.C. law enforcement agencies, especially the Metropolitan Police Department. His parents were university professors so he grew up in a university environment. He understands the mindset of academic institutions. As a prosecutor, he supervised in the misdemeanor crime section. This is the section of the Washington, D.C. prosecutor’s office that handles most college student cases. His understanding of charging decisions and how judges view these cases is invaluable to his student clients and their families. Shan served as a federal prosecutor in the United States Attorney’s Office for the District of Columbia for over ten years. During his tenure there, now Attorney General Eric H. Holder, Jr. appointed him to supervisory positions in the Misdemeanor Trial Section and also in a police corruption task force. His outstanding legal work in the government was recognized through numerous Special Achievement Awards from the Justice Department as well as awards conveyed by law enforcement agencies and community groups. From 1999-2000, Shan served as Counsel to Attorney General Janet Reno, advising her on criminal and civil investigations, E-Gov, E-Commerce (electronic signatures, internet gambling, internet telephony, privacy & public access issues in electronic court filings), congressional oversight, and legislative review. His responsibilities included serving as liaison to the FBI, DEA, Criminal Division, Executive Office of United States Attorneys, National Institute of Justice, and White House Counsel’s Office.

The Justice Department Needs to Get Out of Its Own Way in the Trump Investigations
The Daily Beast
September 30, 2022

Trump Needed (and Got) a Lot of Help to Be This Corrupt
The Daily Beast
September 22, 2022

Trump’s Lawyers Reveal That Garland’s DOJ Has Backed Them Into a Legal Corner
The Daily Beast
September 13, 2022

Justice Department and Trump’s Lawyers Are Headed for a Legal War Over Presidential Power
The Daily Beast
September 11, 2022

The Justice Dept. Just Eviscerated the Trump-Appointed Judge in the Mar-a-Lago Case
The Daily Beast
September 9, 2022

The Judge in the Trump Mar-a-Lago Investigation Is Recklessly Endangering the Rule of Law
The Daily Beast
September 6, 2022

Justice Department Is Right to Resist Putting a Special Master on the Trump Classified Docs Investigation
The Daily Beast
August 31, 2022

College Discipline Is a Tragedy Waiting to Happen
The Daily Beast
March 9, 2022

Here’s How to Pardon-Proof the Cases Against the MAGA Rioters
The Daily Beast
January 8, 2021

Hunter Biden Will Be Topic One on Day One for Joe Biden’s Justice Department
The Daily Beast
December 11, 2020

Bill Barr Is Wrecking the Justice Department, And It May Never Recover
The Daily Beast
February 15, 2020

3 Questions to Ask if Your Student Gets in Trouble at College
The Huffington Post
May 20, 2016

Put the Intent Back into Plagiarism!
The Huffington Post
February 10, 2015

For DC Student Defense—We know how school administrators think, we have the experience to walk you through the process and we can guide you towards an outcome with your academic future protected. Don’t hesitate to contact us for a free consultation if you’re accused of cheating at your college or university.

What to do when the cops are at your door | Shanlon Wu, College Student Defense Attorney

Shan Wu's College Student Defense Tips | Do you know what to do if the cops show up to your door? This video is intended for informational and entertainment purposes and should not be considered legal advice.