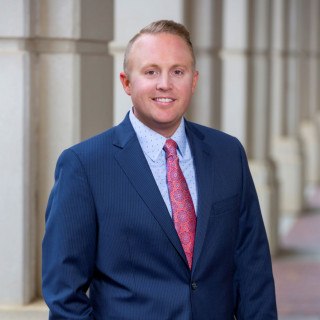 Seth A. White is a sixth-generation native of Northwest Arkansas and member of the last unified class of Rogers High School. Seth completed his undergraduate degree at Indiana Wesleyan University in Marion, Indiana, where he was a Daktronics NAIA Scholar Athlete and Crossroads League All-Conference performer for the Wildcats baseball team. After retiring his batting gloves, he decided the best avenue for his passion for competition was to become a trial lawyer.

While a student at the University of Arkansas School of Law, Seth prosecuted cases as a Rule XV Student Practitioner for the Benton County Prosecutor’s Office and served as Note & Comment Editor for the Journal of Food Law & Policy. He also clerked for the Civil Department of the Arkansas Attorney General’s Office and for Benton County Circuit Court Judge Brad Karren.

Upon graduation, Seth began his career working for large insurance companies in downtown Little Rock, Arkansas. During that time, he represented defendants in civil jury trials across the state—obtaining favorable verdicts for his clients in each case.