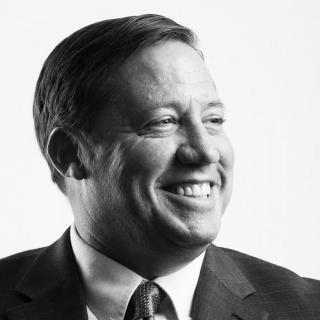 Mr. Hannon came into the law after having served the nation as a Marine officer, where he earned numerous awards and distinctions for his service, as well as a Bachelor of Arts Degree in Political Science from Penn State University and a Master of Arts Degree in International Relations from Salve Regina University. Mr. Hannon went on to attain his law degree. He routinely handles criminal defense, civil litigation, and family law cases including divorce, custody, visitation, child support and alimony issues. During his time in the Marine Corps, Mr. Hannon was an Intelligence Officer and worked in theaters of combat on several occasions. In the Middle East during Desert Storm in 1991 he led a platoon of snipers into Kuwait and provided intelligence support to a Marine Infantry Battalion. After that experience, he conducted counter-narcotics operations in Latin America, and he later conducted surveillance of warring factions in Bosnia in 1996. In recognition for his service and leadership, Mr. Hannon was awarded numerous medals and commendations, to include the Joint Services Commendation Medal, Navy/Marine Corps Commendation Medal, the NATO Medal, and the Combat Action Ribbon for action under hostile enemy fire. During law school Mr. Hannon was honored as a Dean's Fellow and a recipient of both the James Farmer Scholarship and the David C. Niblack Public Defender Scholarship. While still a law student, he represented Washington DC residents in two separate legal clinics, contributing over 700 hours of legal assistance to disabled people and government whistle blowers. Mr. Hannon is a member of numerous veterans, legal, and non-profit organizations, including the Disabled American Veterans, Team Rubicon Veterans Disaster Relief, and the Veterans of Foreign Wars. He has been on the board of directors of several charities and non-profit organizations.