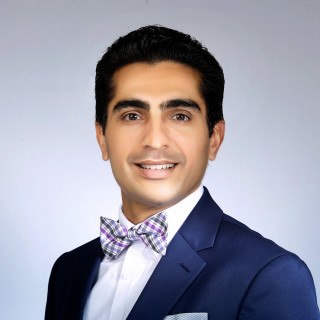 Are you Salman? Claim your profile to update. Bhojani Law, PLLC
Review This Lawyer
Compare Save
Badges
Social Media
Biography

Managing Partner, Attorney, and Escrow Officer
Salman is a licensed attorney in the State of Texas and focuses his legal practice on corporate and business transactions, and real estate law. Before launching his own law firm (Bhojani Law, PLLC), Salman practiced law at the Dallas office of Haynes and Boone, LLP, an international corporate law firm.

Entrepreneur
In addition to being a lawyer, Salman is an astute entrepreneur and over the past 15 years, has owned several business ventures in industries such as residential and commercial real estate, convenience and fuel, and software development.

Life
Salman has lived on three continents but calls Texas his home. He lives in Euless with his wife Nima, his children Aarish (13) and Raisha (10), and his parents. He enjoys traveling, playing ping pong, and spending time with his family!

Awards
Salman is a 2019 Super Lawyer Rising Star. This This prestigious nomination recognized the top 2.5 percent of attorneys in each state for attorneys that are 40 years old or younger, or in practice for 10 years or less.

Euless City Council Member
Salman is passionate about giving back to the community and continues to serve on boards of various non-profit and trade organizations. He was elected to the Euless City Council in May 2018. Before that, Salman served on the Euless Parks and Leisure Services Board since 2015. He has also volunteered with service organizations including 6 Stones, the Boy Scouts of America, Young Entrepreneurs Academy and the Worldwide Education Fund.