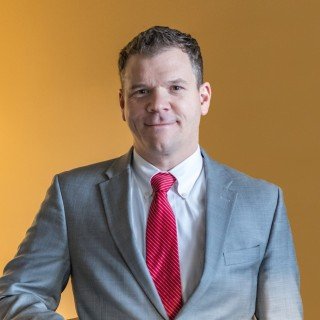 Atticus Legal Group, LLC
Review This Lawyer
Compare Save
Client Reviews
Chad O. November 13, 2021
Stole my money… My wife and I waited patiently for almost a year for this man to work on my case with my ex wife. I gave him $1,000 for mediation that never took place. And 1,500 for services. The only thing he ever submitted to the court was that he was my attorney. He did NO work for me. He stole $2,500 from me. Stay far away from this man! Utah should discard him!
View More
J. Jones December 17, 2019
Ruined my life Divorce took 3 years, never heard that the divorce was final from russ. Had another attorney review my divorce and his words were: your ex didn’t screw you over your attorney did. This guy should not be practicing and I’m doing the most to get him disbarred.
View More
Read All Client Reviews
Badges
Claimed Lawyer ProfileSocial Media
Biography

Russell is a founding partner of Atticus Legal Group, LLC.  His practice focuses on achieving optimal outcomes for individuals in domestic actions, including divorce, and custody actions. Nathan also defends individuals involved in minor criminal matters, often involving protective orders and domestic violence claims.
Russell has successfully conducted both jury and bench trials before various courts in the State of Utah.  He has argued a civil appeal before the Utah Court of Appeals, and drafted briefs for appeals before the Utah Supreme Court.
Russell received his J.D. from Gonzaga School of Law, in 2006 and B.S., from the University of Utah in 2004. Russell is admitted to practice law in the State of Utah and the U.S. District Court for the State of Utah.
In his free time, Russell enjoys spending time with his wife and children. Russell is a sports fanatic and spends as much time as possible watching or playing Basketball and Soccer. Russell also loves music, specifically live performances.