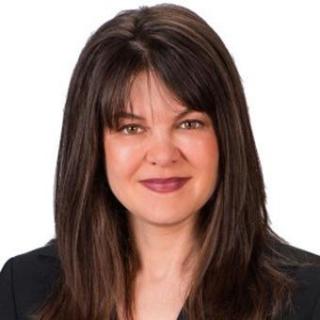 Rosemarie Riddell Bogdan has concentrated in the area of personal injury law since entering private practice over twenty years ago. She graduated from Cornell University in 1989 with a Bachelor of Science degree, and from Albany Law School with a Juris Doctor degree in 1992. After serving as a confidential law clerk to a New York State Supreme Court Justice, Rosemarie entered private practice in 1993. She has been a partner at Martin, Harding & Mazzotti since 2000. Over the years, Rosemarie has had the privilege of representing individuals in all aspects of personal injury litigation. She has successfully handled cases in the New York State Supreme Courts, New York State Court of Claims, New York State Appellate Division, United States District Courts, United States Court of Appeals for the Second Circuit, and Superior Courts of the Commonwealth of Massachusetts. She is also admitted to practice before the United States Supreme Court. Her successes on behalf of clients may be found in many areas of personal injury practice including defective medical devices and other products, construction site safety, automobile liability, and defective roadway design. Rosemarie represents clients in multi-district litigations regarding defective medical devices and defective drugs. These actions have been pursued on behalf of clients in District Courts located throughout the United States which have included the states of Arizona, California, Connecticut, Indiana, Louisiana, Minnesota, New Jersey, Ohio and Texas. Rosemarie is asked to speak frequently at Continuing Legal Education seminars on subjects such as the New York State Construction Safety Laws and various other aspects of personal injury litigation. Read More: https://www.1800law1010.com/dt_team/rosemarie-riddell-bogdan/

Video Transcript: Hello, I’m attorney Rosemarie Bogdan and I’d like to tell you about a medical device called an IVC Filter. An IVC Filter is a spider-like wire cage that’s implanted in the major vein that carries blood from the lower body into the heart. The IVC filter’s purpose is to prevent blood clots from entering the heart, lungs or brain. It is supposed to catch the clots while they are still in the bloodstream and allow them to break down over time. So what are the side effects, problems and risks of IVC filters? They can tilt, migrate through the bloodstream and even fracture. If this happens, the whole device or pieces of it can move through the blood, work their way through a vein wall and damage internal organs such as the heart or lungs. Because of the dangers involved, the FDA issued a safety communication recommending when IVC filters should be removed. The FDA has suggested that if a patient’s transient risk for pulmonary embolism has passed, the risk/benefit profile begins to favor the removal of the IVC filter between 29 and 54 days after implantation.   If you or your loved one has an IVC filter we can help you determine the type of IVC filter you have, and whether you may have a compensable claim.      Visit http://1800law1010.com/ivc-filter to chat 24/7 or call us now at 1800LAW1010 for a free, no obligation case evaluation. For more information visit our IVC Filter specific site: http://ivcfilterhelp.1800law1010.com/

Hello, I’m attorney Rosemarie Bogdan. I’d like to tell you about a blood thinner named Xarelto. Xarelto is a prescription medicine used to reduce the risk of stroke and blood clots. It is widely prescribed to prevent blood clots in patients suffering from atrial fibrillation or A-fib which is an irregular heartbeat; to prevent deep vein thrombosis also known as DVT; to prevent pulmonary embolism which is a blood clot in the lungs; to prevent stroke and for patients who have recently undergone a knee or hip replacement surgery. So what are the side effects, complications and risks of Xarelto? The most serious risk and complication caused by Xarelto is severe internal bleeding. This bleeding can take many forms. It could be a brain hemorrhage. It could be gastrointestinal. It could be rectal. It could be urinary. It could be a hematoma. Most importantly when this bleeding occurs, unlike other blood thinners, there is no known cure to reverse the type of internal bleeding caused by Xarelto. Essentially, there is no antidote for this blood thinner. If you have been prescribed the blood thinner Xarelto and experienced internal bleeding which required medical attention, you may have a compensable claim. Visit http://1800law1010.com/defective-drug... to chat 24/7 or call us now at 1800LAW1010 for a free, no obligation case evaluation.