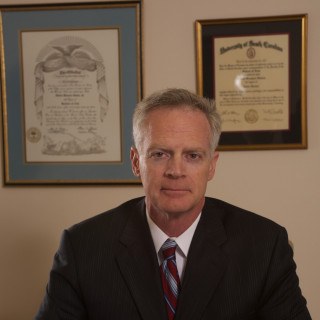 FREE CONSULTATION. Credit cards accepted. Reach us at myrtlebeachduilawyer.com or call 843-626-0708. The Sutton Law Firm was established in 1995 by Attorney Robert Sutton. He is is a 1985 Distinguished Military Graduate of The Citadel, in Charleston SC. He served five years as a U.S. Army officer in Armor and Cavalry assignments, including three years in Germany with the 1st Armored Division, and attained the rank of Captain. He then attended law school at the University of South Carolina School of Law, graduating in 1993. He subsequently worked for a local trial judge and a litigation firm before opening his own practice in 1995. He focuses his practice in the areas of DUI and criminal defense. He has a wealth of experience in successfully defending these DUI and criminal cases both at trial and through negotiations and is proud of the many superb reviews he has earned from satisfied clients. He is a long time member of the National College of DUI Defense and attended the 2017 Summer Session. He consistently receives the AVVO Client's Choice Award based on exceptional client reviews. He has taught criminal law course at Horry-Georgetown Tech, and lectured on criminal and DUI topics to students, lawyers, and judges. He has written articles on DUI and criminal law related topics which have been published in state legal periodicals. He is a Past President of Coastal Carolina Sertoma and served on the board of directors of the Grand Strand Humane Society for a number of years.

Client's Choice Award
Avvo
2018
The Sutton Law Firm has received this award every year since 2014 based on exceptional client reviews.