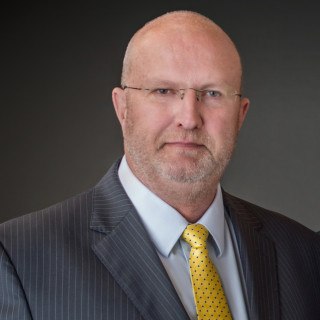 Robert Gregory King is the founding member of the King Law Firm. Greg King was born in Terre Haute, Indiana, in 1956. Greg moved with his family to Florida in 1959 and later graduated from Forest High School. Robert Gregory King married Ocala native Carrie (Howton) King on September 26, 1976, and they have two adult sons, Jarrod and Brandt, three grandsons and two granddaughters.

Greg received his undergraduate degree from Eckerd College in St. Petersburg, Florida. Prior to attending law school at the University of Florida, Greg served 12 years as a law enforcement officer. Greg began his law enforcement career as an officer with the Belleview Police Department, where he served as a patrol officer, traffic crash investigator and traffic homicide investigator. Greg next served as a deputy sheriff with the Lake County Sheriff’s office as a patrol deputy, criminal investigator and patrol supervisor.

Greg was a patrol sergeant supervising the western half of Lake County when he was accepted at the University of Florida College of Law. After Greg received his law degree and upon admission to the Florida Bar, he began representing victims of negligence here in Ocala, Florida. Greg founded the King Law Firm in 1995.