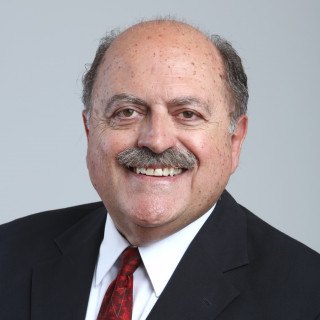 Robert Wright is a leader in mediation and arbitration. He resolves disputes in business, bankruptcy, personal and public policy issues. He trains other mediators for the University of Michigan’s Institute for Continuing Legal Education and other universities, law schools, civic and professional groups. Bob inspires and motivates participants through his insightfulness, empathy, compassion, and genuine love for the mediation process.

Mr. Wright is as an approved mediator for the U.S. district courts in Michigan's Eastern and Western districts and the bankruptcy court for the Western district. He is approved to mediate matters in all Michigan state courts and was voted BEST LAWYERS' 2016 Mediation "Lawyer of the Year" for Grand Rapids, Michigan by his peers,

Mr. Wright is an author, blogger, trainer and frequent speaker on ADR topics with advanced degrees in both law and psychology. He is licensed to practice law in all state courts in both Michigan (since 1980) and Florida and is admitted to practice before all federal courts in Michigan and the U.S. Court of Appeals for the Sixth Circuit. Bob has been listed in BEST LAWYERS IN AMERICA, MICHIGAN SUPER LAWYERS, and WHO’S WHO IN AMERICAN LAW for many years.

He has volunteered and been elected as chair of the: State Bar of Michigan-ADR Section; ABA Dispute Resolution Section-Practice Management Committee; and Grand Rapids Bar Association-ADR Section. He is a member of the Federal Bar Association–Western District of Michigan-Bankruptcy Section and drafted new ADR rules for that court. He serves as a mediator and arbitrator for the American Arbitration Association, Professional Resolution Experts of Michigan (PREMi), National Academy of Distinguished Neutrals, MWI Bankruptcy & Finance Panel, and the Dispute Resolution Center of West Michigan.

George N. Bashara, Jr. Award for Exemplary Service to the Section and its members
State Bar of Michigan - Alternative Dispute Resolution Section
2009
Awarded by Section Chair for three years of service as Section Secretary and for contributions to educational programs produced by Section.

National Academy of Distinguished Neutrals
Member (by invitation only)
2016 - Current

Why you should choose me to be your arbitrator.
AAA
September, 2018

Why you should choose me to be your mediator.
AAA
September, 2018