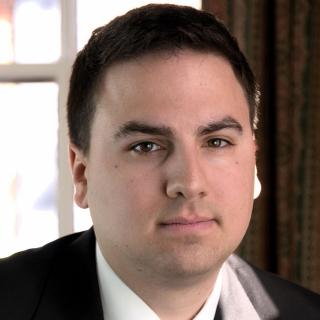 Born and raised in Doylestown, Riley has called Southeast Pennsylvania home for over 26 years. The youngest of four children, Riley was raised in a family that stressed the importance of community involvement and team work. Riley’s Father is a volunteer firefighter and always pushes his children to ask what they can do for others. Through various school projects and involvement in Boy Scouts, Riley has always been driven to help the people in his community and he brings that enthusiasm into his practice of criminal law. Riley uses his skills and knowledge as a criminal defense attorney to serve the members of his community and those in need. After graduating from Central Bucks High School West, Riley went on to attend Juniata College in Huntingdon, PA. In the small setting of Juniata College, Riley was introduced to an engaging small class atmosphere where he was encouraged to develop not only his reading, writing and research skills, but also his public speaking and analytical thinking. Juniata’s small size created a great sense of community and illustrated the importance of being involved and interacting with other. He graduated with a B.A. in History and was a member of the men’s soccer team and Phi Alpha Theta, the national history honor society. While in college, Riley participated in the school’s American Cancer Society’s Relay for life, helping raise funds for cancer research. He was also the host of a weekly radio show at the school’s radio station WKVR. After college, Riley came back home and attended the Villanova University School of Law. While attending law school, Riley began his legal career with a position as a legal intern with the Bucks County Public Defender’s Office. He continued working for the Public Defender during his second and third years of law school. During his time with the Public Defender’s Office Riley gain valuable experience both in and out of the courtroom as he represented clients for a wide range of criminal ma