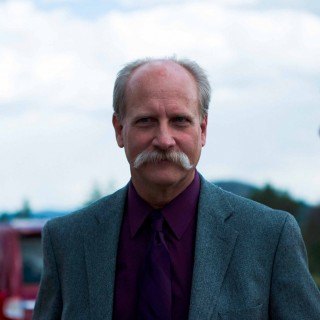 Rick Erb is a 1974 graduate from Tongue River High School in Dayton, Wyoming. After graduation, he went to work as a coal miner in a few of the coal mines around Gillette, Wyoming. During that time, he operated the mining equipment, was a certified welder, a blaster, and finally became a production supervisor. While working full-time as a coal miner, he obtained his bachelor’s degree through Eckerd College, a private liberal arts college based in St. Petersburg, Florida, graduating with honors in 1989.

Upon graduation from law school in 1993, Rick began practicing law in Buffalo, Wyoming, and lived in that community for 10 years. The last four of those years he not only maintained a private practice, but also served as the Johnson County and Prosecuting Attorney, where he represented the State of Wyoming as its chief criminal prosecuting attorney in Johnson County, and also represented Johnson County and its elected officials in all civil matters.

In 2003, Rick moved back to Gillette, Wyoming, where his main office is now located. He still has an office in Buffalo, Wyoming, and divides his time between the two locations. Rick is a member of the Wyoming Trial Lawyers Association, and currently serves the Wyoming Bar Association on various committees.

Court of Federal Claims
Since 2007

Wyoming Fetal Rights - Why the Abortion Albatross Is a Bird of a Different Color: The Case for Fetal-Federalism
Land & Water Law Review
1993

Criminal Procedure - Witness Immunity - The Story of a County Attorney Who Said I Think I Can, I Think I Can and the Brave Little Conscience That Couldn't Be Shocked
Land & Water Law Review
1992