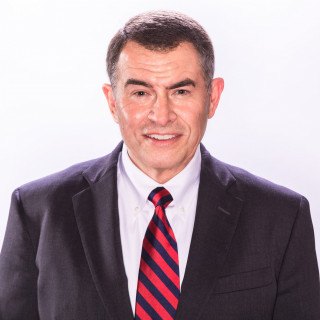 Randy has been recognized in Time, Newsweek, Ladies Home Journal, and the Texas Lawyer as well as on CNN and NBC’s Dateline for his role in uncovering the documents that led to the recall of the Firestone Radial ATX and Wilderness lines of tires. His ground breaking case against Firestone is featured in McGraw-Hill’s college textbook on corporate crime entitled Criminology and the Criminal Justice System. Because of his role in important product liability cases, Randy has more recently appeared on “Fox & Friends,” ABC’s “Good Morning America,” CNN’s “American Morning,” MSNBC, Fox Business News, and CNBC. He has also been consulted on current legal issues by The Wall Street Journal, USA Today, and the Associated Press. Texas Monthly regularly lists Randy as one of its “Texas Super Lawyers” and The National Trial Lawyers lists him among its “Top 100 Trial Lawyers.” Randy is a frequent lecturer at advanced personal injury seminars. He has spoken in the “Stalwarts’ Hall of Fame” at the annual convention of the American Association for Justice as well as at their annual “Weekend With the Stars” program, where the nation’s most distinguished trial attorneys are showcased. He has written numerous papers and speaks on such topics as products liability and investigating major personal injury claims. He is one of only 16 trial attorneys in the nation to have earned the “Advanced Studies in Trial Advocacy” (ASTA) award from the National College of Advocacy because of his commitment to continuing legal education. Randy has represented clients in cases arising in Europe and the Middle East as well as across America, including Arizona, Arkansas, California, Florida, Georgia, Hawaii, Illinois, Louisiana, North Dakota, Oklahoma, Pennsylvania, South Dakota, Texas and Wyoming. He is also admitted to practice before U.S. District Courts, the U.S. Fifth Circuit Court of Appeals, the U.S. Court of Federal Claims, and the U.S. Supreme

Fellow
College of the State Bar of Texas

What If The Other Driver Doesn't Have Enough Insurance?

http://www.robertslawfirm.com The nationally recognized attorneys of Roberts & Roberts are often asked what to do if you are involved in an accident with someone who has no or not enough...

Do I Have Rights If Injured By The Government?

http://www.robertslawfirm.com If you have been injured and the government is at fault, you do still have rights, but must act quickly. Average personal injury claims in Texas must be filed...

Do I Have Rights If I've Been Injured On-The-Job?

http://robertslawfirm.com You do have rights if you have been injured on the job. If your employer has workers' compensation insurance, you are entitled to free medical care in order to...

Do I Have To Go To Court?

http://www.robertslawfirm.com Most cases settle without a lawsuit and without anyone going to court. That said, the choice of whether or not your case goes to court is ultimately up to...