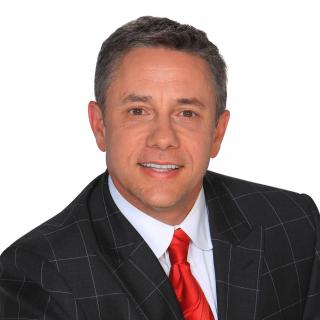 Paul Harding is a graduate of the State University of New York at Oswego, where he majored in English and Public Justice. Since childhood, Paul knew he wanted to help others and knew that becoming an attorney was the ideal means to achieve this end. Born and raised in the Capital Region, Paul decided to attend law school locally. In 1989, he graduated from Albany Law School of Union University and shortly thereafter was admitted to practice law in New York State. Presently, he is the Managing Partner of Martin, Harding & Mazzotti, LLP. In 2006, Paul was appointed to serve on New York State’s Commission on Judicial Conduct by the State’s Assembly Minority Leader. The Commission is the governing body that decides whether disciplinary actions are warranted and is responsible for the imposition of sanctions for judicial misconduct. In April 2016, Paul was elected as Vice Chair and pledges his best effort to advance the Commission’s important constitutional mission: to oversee judicial ethics vigorously, professionally and fairly throughout New York State. On July 22, 2009 Paul was elected to Schenectady, New York’s Proctors Theater Board of Directors. In 2002, Paul was appointed to serve on the Marketing Client Services Committee for the American Association for Justice (AAJ). AAJ is a nationally renowned organization, which focuses on creating a fair and effective court system for injured persons. Paul is on the Board of Directors of the New York State Trial Lawyers Association, an organization comprised of over 4500 members. He also continues to remain an active member of the New York State Bar Association and Albany County Bar Association. Learn More @: https://www.1800law1010.com/dt_team/paul-b-harding/

I’m attorney Paul Harding with the law firm Martin, Harding and Mazzotti - the Heavy Hitters - here in Albany, New York. Everyday across the country almost one hundred thousand people are injured. Many of these injuries are severe enough to result in hospitalization or even death. The unfortunate truth is that a number of these cases are caused by someone else’s negligence. The consequence of this negligence may be a personal injury case. But what exactly is a personal injury case? Personal injury cases can include - automobile wrecks, dog bites, defective products, medical malpractice, premises liability and many other case types. If someone else’s negligence has caused you harm, you have the right to seek compensation, a right that should not be ignored. If you’ve been injured and would like to discuss your rights with a lawyer you can trust, visit our website to chat 24/7 or call us now at 1800LAW1010 for a free, no obligation case evaluation. We’re Martin, Harding and Mazzotti – the Heavy Hitters and we look forward to helping you get the money you deserve. For More Information: http://www.1800law1010.com/personal-injuries-attorneys/

I’m attorney Paul Harding with the law firm Martin, Harding and Mazzotti - the Heavy Hitters - here in Albany, New York. We’ve been handling personal injury cases for since 1994. And the most common type of personal injuries we see are related to car accidents. Which is no surprise, there are almost 30,000 car accidents per day in the US. Many of which result in serious injury or even death. In the one minute it will take you to watch this video three car accidents will have already happened in our country. Victims of these wrecks, victims just like you, need a lawyer they can trust. If you’ve been injured and would like to discuss your accident with a lawyer you can trust, visit our website to chat 24/7 or call us at 1800LAW1010 for a free, no obligation case evaluation. We’re Martin, Harding and Mazzotti – the Heavy Hitters and we look forward to helping you get the money you deserve. From More Information: http://www.1800law1010.com/automobile-accidents/