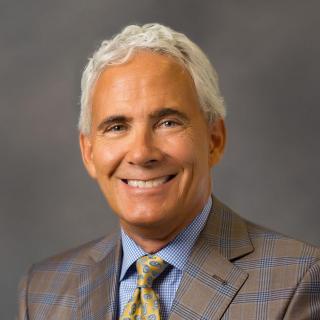 Patrick J. Perotti has been recognized for outstanding achievements in consumer class actions and employment discrimination, both locally and nationally. He is the architect of the firm’s Ohio Lawyers Give Back initiative to distribute unclaimed class action funds to charities. Patrick is an award winning national leader in the fields of consumer class actions, employment discrimination, and wage and hour litigation with verdicts and settlements exceeding $1 billion dollars. Using the class action device to achieve deterrence, he has directed more than $42 million in unclaimed class funds from his settlements to charities and non-profits around the country. The bench, bar and community have recognized Mr. Perotti’s legal and community accomplishments with the National Trial Lawyers Top 100 Award, the defense bar’s Top 75 Plaintiff Trial Lawyers in the United States, the Ohio State Bar Association’s highest honor, the Ritter Award, and his alma mater Marshall College of Law’s highest honor, the Alumnae of the Year Award.
Patrick Perotti’s area of primary concentration is handling complex consumer class litigation throughout Ohio and nationally. His cases deal with overcharges, fraud and other unlawful conduct by government agencies, telecommunications companies, banks, insurance companies, shippers, manufacturers, retailers and a host of others. He has a reputation of extreme fairness,impartiality and professionalism in working with opposing counsel, co-counsel, and the court. Patrick’s simple motto for everything is, “Do the right thing.Patrick is the founder of the firm’s Ohio Lawyers Give Back initiative. In recent years, he has advocated for the use of a doctrine called cy pres which allows for unclaimed class action funds to be distributed to charities. Because of his unique efforts, he has directed over $42 million dollars to over 300 charities and non-profits. Further information can be found at www.ohiolawyersgiveback.org.

U.S. Court of Appeals for Armed Forces
Since 1995

U.S. Court of International Trade
Since 1984

Alumni of the Year
Cleveland Marshall School of Law
2015

Champion of Hope
Cornerstone of Hope
2012

Outstanding Citizen Award
Association for the Education of Young Children
2010

Class Actions Are Like Surgery
Attorney At Law Magazine
September 16, 2020

Can President Trump Use the National Emergency to Fund a Border Wall
Attorney At Law Magazine
May 3, 2019

As Close As Possible: The Cy Pres Doctrine in the Class Action Context
Attorney At Law Magazine
March 2, 2017

Good, Bad But Not Indifferent - The Beginning of Class Actions
Attorney At Law Magazine
April 20, 2016

Into the Light Walk 2013 - Patrick Perotti