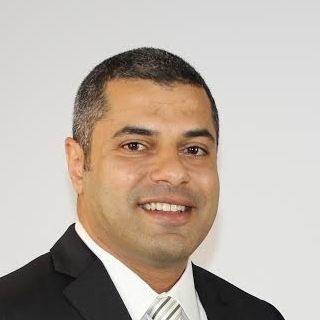 Since 2011, Omar Saleh, Esq. has focused his practice largely on real estate litigation. Before joining Synergy Law Firm, Omar represented some of the nations largest lenders in residential mortgage foreclosures. Since joining the firm, Omar has provided a wide range of real estate and other civil litigation matters including foreclosure defense, business and personal litigation, and continues to advocate for clients with debt defense and consumer bankruptcy issues. During law school, Omar was vice president of Nova Southeastern University Shepard Broad Law Center's trial team, where he competed in trial competitions throughout the state. Before law school, Omar was a legislative aide at the Florida State Senate Committee on Environmental Preservation and Conservation and Joint Committee on Everglades Oversight. At the Florida Senate, he performed analyses on numerous bills for consideration during the 2007 Legislative Session. Raised in Davie, Florida since he was five years old, Omar attended primary and secondary school in South Florida before pursuing college at the University of Florida in Gainesville, Florida, where he earned dual Bachelor's degrees in political science and global business. He also holds a Master's degree in Public Administration from the Reubin O'D. Askew School of Public Administration and Policy at Florida State University in Tallahassee, Florida, which furthered his passion in the law and government. Omar earned his law degree from Nova Southeastern University's Shepard Broad Law Center, and is licensed to practice in Florida state courts as well as the United States Southern and Middle District Courts. Arabic is Omar's second language, and he enjoys personal fitness and culinary arts.