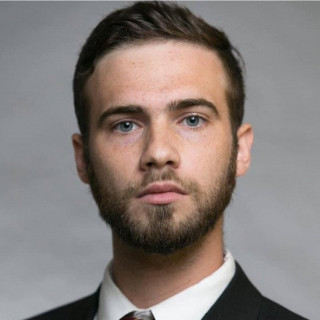 Nelson is from Arab, Alabama, where he grew up working with his father and grand-father on their small cattle farm. He is no stranger to hard work and will put that work ethic to good use when he is working on your case.

Nelson graduated with special honors in his major at Jacksonville State University, where he earned his Bachelors of Science in Criminal Justice. He went on to finish in the top third of his class at Cumberland School of Law, Samford University. While at Cumberland, Nelson served as the President of the Federalist Society, a Senior Member of the Trial Board, competed as a member of the Mediation Team, and made Dean’s List every semester. Nelson has been admitted to practice law in Alabama, Georgia, and the Federal District Court in the Northern District of Alabama.

US District Court for Northern District of Alabama

Elements of a Negligence Claim

This video briefly covers the elements of a negligence claim.

Q. My son is in jail and he's been treated terribly while there what can I do. I have all of the documents that's needed
16 September 2021
A: You should reach out to an attorney and discuss the specific actions that you believe the Jail has done wrong. This question is really to general to provide any substantive response.

Q. I have a dog I posted signs on my front porch Beware of dog a lady ignores the signs walks up on porch my dog bite her
9 September 2021
A: In Alabama there are typically three instances where an owner can be responsible for a dog biting someone. 1) if the dog has known dangerous or vicious propensities. 2) If the dog is a breed that is listed on a dangerous breed list. For the State of Alabama that is only Pit Bulls. Counties or Cities may have their own lists. 3) if the dog bites someone that is actually on your property. There are some defenses to a dog bite claim. If the person provokes the dog that can be a complete defense to liability. Another potential defense would be assumption of the risk. With beware of dogs in plain view before she reached the porch this might be sufficient to defend the claim. It is likely that this would be a jury question. For more case specific advice you should seek out legal counsel to advise you of the specific risks you face. You should also review your homeowner's insurance policy to determine if your dog breed is excluded from coverage under the policy. Many homeowner's policies exclude potentially dangerous breeds like pit bulls.

Q. Does Alabama have rights for an aunt if the mother dies?
7 September 2021
A: If the Court Order assigning custody lays out conditions that must be met then you can enforce them. However, if the Court granted custody without assigning those conditions then it is likely nothing could be done. Alabama has only recently recognized grandparents rights and the law is still a bit vague there.