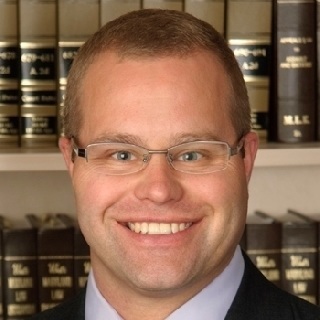 Before joining Troutman Sanders LLP, Mr. Ruhling was on active duty as an Army Judge Advocate, where he served as a Branch Chief in the Army's Defense Appellate Division, U.S. Army Legal Services Agency. There, in addition to supervising seven appellate attorneys, he represented soldiers appealing convictions at courts-martial before the United States Supreme Court, U.S. Court of Appeals for the Armed Forces, and the U.S. Army Court of Criminal Appeals. Mr. Ruhling currently serves in the United States Army Reserves as a Major in the Judge Advocate General's Corps.

Mr. Ruhling also served as a trial-level defense counsel as well as a Brigade Legal Advisor to the Aviation Brigade of the 3d Infantry Division responsible for providing advice in areas of national security law, international law, and administrative law in peace-time and during Operator Iraqi Freedom I, while simultaneously serving as a felony-level prosecutor.

Mr. Ruhling earned his Bachelor of Science in Economics from the United States Military Academy. He received his Juris Doctorate, with Honors, Order of the Coif, from the College of William & Mary School of Law. Mr. Ruhling went on to earn an L.L.M. in Military Law from the Army Judge Advocate School.

Court of Appeals for the Armed Forces
Since 2005

Court of Federal Claims
Since 2010