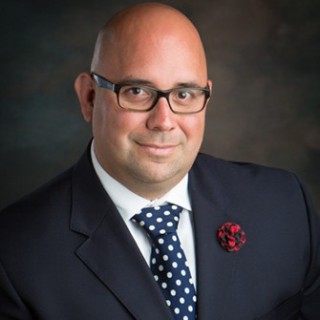 Michael grew up in San Antonio, Texas. Michael was awarded his Bachelor’s Degree from Trinity University with an emphasis in teaching political science. Out of college he began teaching at a Montessori School in San Antonio. While teaching in San Antonio he attained his Master’s Degree in Educational Psychology. This background translates seamlessly into the legal world.

Michael met his wife Heather in San Antonio, who was from Albuquerque, and he followed her home. Once he moved to Albuquerque, Michael taught Humanities at Amy Biehl High School. While at Amy Biehl Michael was the first teacher from New Mexico selected for the Supreme Court StreetLaw Institute in Washington D.C. The Institute was created to aid and help teachers in communicating complex laws to students. At the StreetLaw Institute Michael’s passion for the law was re-ignited. The next year he applied and was accepted to the University Of New Mexico School Of Law.

At Guebert Bruckner P.C. Michael gained experience and insight into how insurance companies and defense firms handle and treat cases. He also gained experience in handling Plaintiff’s claims for personal injuries, bad faith, and construction defects. This exposure allows Michael to view claims from the perspective of all parties and create a detailed litigation plan. His background in Educational Psychology and teaching give him the experience to communicate to clients and ensure they understand the specifics of their claim and all of their options.

Order of the Coif
University of New Mexico
2016