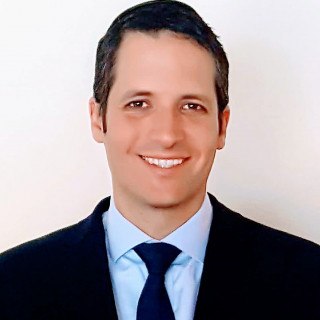 For several years, Michael Malk aggressively litigated cases for a plaintiff's firm in Los Angeles, obtaining exemplary results for his clients in cases against some of the biggest companies in California who were represented by some of the biggest law firms in the nation. Since founding his own law firm in 2007, Mr. Malk continues to zealously represent his clients' interests. He understands that each client and each case is different. Some cases are amenable to early resolution so that the parties can obtain a sure result and move on with their lives without the stress of litigation, while other cases must be litigated through trial. Whatever the case, Mr. Malk is sensitive to his client's goals, and works with them to effectively and economically maximize their results.

Mr. Malk regularly represents clients throughout California in the following types of cases:

Further, Mr. Malk has developed a niche in the class action arena in lawsuits on behalf of employees who are subjected to illegal labor practices such as having to work off-the-clock, not being paid wage and overtime, and not being reimbursed for business expenses.

Mr. Malk received his B.A. from U.C. Santa Barbara, and his J.D. from the U.C. Davis School of Law. He volunteers his time to community service organizations, and is committed to fighting for workers' rights. If you would like your case evaluated at no charge, contact us for a free consultation.

Q. I work in the state of California as an outside sales rep. Is my employer required to pay me for my travel expenses?
June 11, 2020
A: Your employer has an obligation to reimburse your reasonable and necessary business expenses, including paying your mileage expenses - the applicable statute is Cal. Labor Code Sec. 2802. You are entitled to reimbursement for mileage expenses between work locations. This means you are not typically owed expenses from traveling from home to work unless you have a home office, but you are owed mileage expenses (and wages) for traveling between business locations. Your employer cannot claim that you are somehow waiving your right to these expenses - the Labor Code goes so far as to say that any agreement to forego your expense reimbursement is invalid. (Cal Labor Code Sec. 2804). Good luck. Michael Malk

Q. can my job takwe out 30 minutes off my time card even though i never took a lunch or break?
June 2, 2020
A: No, they cannot do that. You are entitled to payment for all of your work, and it sounds like your employer is stealing thirty minutes of wages from you for each day you work. Not only are you owed your unpaid wages, but you are likely also owed a "meal break premium payment" of one hour's pay for each day on which you couldn't take a timely, off-duty meal break, as well as penalties. I suggest that you contact a lawyer to discuss to assist you. One excellent resource is the California Employment Lawyers Association. Michael Malk

Q. In California, what is considered a break at work
May 26, 2020
A: You are correct - those are not breaks. Your employer has a duty to authorize and permit you to take timely 10 minute off-duty rest breaks. These rest breaks must be truly off-duty to be considered rest breaks. If you are still required to perform job duties, or even to be on call in the event that a car arrives, then it's not an off-duty rest break. An employer can be liable for one-hour's pay for each day an which it did not authorize and permit a paid rest break to an employee. The statute of limitations for this claim is three years, but can be extended to four year when pled properly in court. I suggest that you contact a knowledgeable employment attorney regarding your your potential claim. You may want to consult Justia to find an attorney to assist you. Good luck. Michael Malk This response is presented on this site for informational purposes only. These materials should not be used as legal advice applicable to the reader's specific situation. In addition, our provision of this information to the reader in no way constitutes an attorney-client relationship. No action should be taken on information provided within this response without in-depth counsel from a professional attorney. It is our intention that this response contains information which is up to date and correct. However this information is subject to change without notice and should not be relied upon for accuracy and pertinence to the reader's specific circumstances.