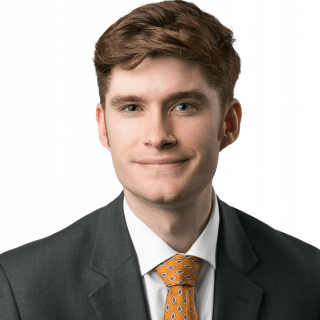 Michael is licensed to practice before the Ohio Supreme Court and both Federal District Courts of Ohio.
Each year since 2017, Michael has been named a Super Lawyers “Rising Star”, a distinction which recognizes less than 2.5% of attorneys in Ohio. He is an active member of the Akron Bar Association and other professional groups.

In his free time, Michael is an avid basketball fan (Butler Bulldogs, Utah Jazz) and enjoys exploring all that Northeast Ohio has to offer. Michael prides himself on the personal attention given to each of his clients. He strives to return calls and e-mails within 24 hours and ensures that his client's questions are always answered before they leave the office.

Certificate in Litigation
University of Akron School of Law
2013

Q. Besides legal aid and EEOC (time expired for legal aid and less than 15 employees so EEOC cant) Who can help me?
14 May 2019
A: I am sorry to hear about your experience. To directly answer your question, you may consider filing a charge with the Ohio Civil Rights Commission ("OCRC") for a potential violation of Ohio law. You will find that the OCRC and EEOC are very similar; the OCRC investigates violations of Ohio laws, while the EEOC looks at federal laws. One big difference is that the OCRC will investigate smaller companies - those employing four or more people - compared to the 15 required by the EEOC. That being said, your situation may involve claims other than retaliation such as breach of contract or unjust enrichment if your employer was improperly withholding commissions. It is a good idea to speak with an attorney about this situation. There are many that may be able to assist you on a contingency fee. Good luck.

Q. recd 1st letter while on STD position eliminated/severance on 12/31/18 company closure 2nd lett terminated same day LTD
19 December 2018
A: Without reviewing your short-term and long-term disability policies, it is difficult to say whether your employer went about things correctly. Assuming you are an at-will employee, an employer may terminate your employment at any time and for any legal reason (with a few exceptions). That is still true even if you are out on disability leave. You may want to speak with a qualified attorney regarding your severance package. The law typically requires an employer to provide you with a minimum of 28 days to review a severance package, discuss it with an attorney, and decide whether to sign or not. Good luck.