Michael is an award winning attorney with a broad set of skills to assist clients in need of aggressive and effective representation. With an expert level of computer knowledge, he often obtains the strong digital evidence necessary to pressure large insurance companies to meet his demands. When necessary, he will present his case to the jury in order to obtain the maximum award possible for his clients.

Prior to founding The Gumprecht Law Firm, Michael first represented a broad spectrum of clients at a small general practice firm outside Atlanta. From small conflicts to emergency court hearings, Michael fought for the interests of his clients both in and out of court. He later narrowed his practice to focus on protecting injured clients against insurance companies by seeking large settlements and jury awards.

Michael grew up in Washington State, briefly attended high school in Hall County, Georgia and attended college in Ohio. He then attended Liberty University School of Law in Virginia, where he received additional legal training through a mandatory and rigorous three-year lawyering skills program that does not exist at any other law school in the nation.

After moving to Georgia, Michael began investing his time in the surrounding community and is proud to be growing roots in Georgia permanently. 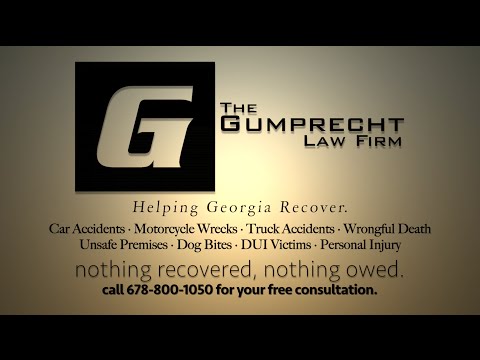