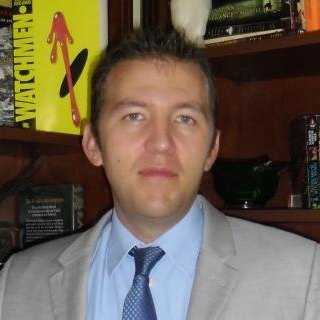 Matthew Trail has represented hundreds of children and parents across the state of Florida in IEP meetings, discipline referrals and due process complaints. As a former legal aid attorney, judicial clerk and Peace Corps volunteer, Matthew had dedicated his career to ensuring justice for those most in need.
Matthew grew up in Tennessee and received his undergraduate degree in 1999 in communications-journalism from the University of Tennessee in Knoxville. He worked for two years as a journalist in Texas and North Carolina before returning to Tennessee for law school.
After graduating law school from the University of Tennessee College of Law in 2004, Matthew joined the U.S. Peace Corp and was stationed in Albania. While in the Peace Corps, Matthew worked on a variety of community projects with local NGOs assisting poor children and trafficking victims.
Upon returning to the United States, Matthew began work as a judicial clerk and then took a job with the Florida Equal Justice Center in Fort Myers and became admitted to practice in Florida in 2008.
While at the Florida Equal Justice Center, Matthew represented a diverse array of clients with problems ranging from domestic violence to immigration. Matthew’s focus however has always been in helping disabled and troubled children and teens in the education setting. He led a media and community campaign on behalf of behaviorally challenged students at the Royal Palm Exceptional Center and he has regularly lobbied the Florida State Legislature on behalf of his clients.