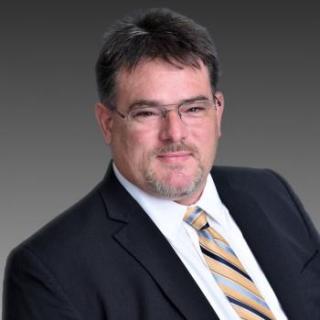 Mark McCulloch is the managing attorney/owner at MKM LAW PLLC. He holds licenses to practice in Pennsylvania, Massachusetts, and Florida and is admitted to practice in several federal courts across the country including the United States Supreme Court. Mr. McCulloch began his legal career in 2009 in the legal department at Liberty Mutual Insurance Company before opening his own practice in 2010. As a Bar Advocate in Massachusetts, Mr. McCulloch represented indigent criminal defendants charged with misdemeanors and felonies in state courts across the Commonwealth. His clients benefitted from his belief that regardless of economic status, a criminal defendant accused of a crime deserves strong, competent representation. As an appellate advocate, Mr. McCulloch regularly draws upon his extensive criminal trial experience in reviewing an appellate record. He uses his understanding of trial practice and procedure to identify errors at the trial level and then couples his research skills with his writing background to present effective arguments to the appeals court. He has represented clients pursuing direct appeals and post-conviction rights in Pennsylvania and Florida and has vast experience prosecuting direct appeals following criminal convictions in state and federal court. His practice focuses on comprehensive appellate advocacy. A third-generation attorney, Mr. McCulloch's passion for litigation stems in part from his long-time love of theater and politics. Prior to entering law school, Mr. McCulloch worked as a newspaper reporter and editor for more than a decade. His extensive writing experience included covering the court system where he fueled his interest in the practice of law. Mr. McCulloch was honored on multiple occasions by the New England Press Association for his writing, taking the complicated and making it simple. He has translated his award-winning writing experience into a reputation as a skilled legal writer.

Q. How long do you think my boyfriend would be looking at it he's being charged with statutory sexual assault?
April 20, 2017
A: This is a serious offense. Because I don't know all the details, it is very hard to say but based on the two pieces of information you have listed, a prior sex charge and being on probation, you would be wise to immediately find a qualified criminal defense attorney. There is no easy answer to the "how long" question because there are many factors that are considered. Best advice: get your boyfriend a good lawyer.

Q. My husband filed an appeal 5 months agao and still haven't received any information back how long is the process
April 20, 2017
A: I know that waiting is frustrating. But the appellate process grinds along very slowly. I don't know what kind of appeal you have or which court is considering it but generally, if you are appealing a criminal case to the Superior Court, which is the appellate court that hears appeals from final orders in the Court of Common Pleas, you can expect to wait about eight months. If there is oral argument, it will be about eight weeks after oral argument. Again, it's tough waiting, not just for the litigants but for the attorneys as well. Hang in there...

Q. Can you represent yourself in the court of common pleas during an appeal from a small claims court ruling?
April 20, 2017
A: Absolutely you can represent yourself. However, my advice is don't. Just because you can do something doesn't mean it is a good idea. As a self-represented litigant, you are still held to the same standards as an attorney and that means understanding the rules and procedures of the court in which your appeal is taken. Also, appeals are not like trials and so the way you present your case is different and not something the typical non-lawyer knows. I appreciate the desire to self-represent but I would suggest you contact an appellate lawyer.