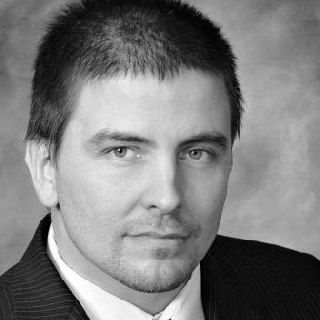 Mark was born and raised in Minot, North Dakota. At the age of 19 Mark moved to Tempe, Arizona to attend college. Mark graduated from Arizona State University in 1993 with a degree in political science. Mark married his wife during the summer of 1993. After scoring in the top 3% in the country on LSAT, Mark was offered academic scholarships from several prestigious law schools. But Mark put his family first, as his wife had just started her career as an educator, so he entered law school at the Sandra day O’Conner College of Law at Arizona State. Mark graduated from law school in three years.
Mark’s first child was due the day Mark was scheduled to take the bar exam. However, his first of three sons came one week early so the bar exam was a breeze for Mark. After being admitted to practice law, Mark worked for a local criminal defense attorney by the name of David B. Smith before he decided to join the Maricopa County Public Defender’s Office. While at the public defender’s office Mark got immeasurable experience. Within two years Mark was lead counsel for several homicide cases. During Mark’s three years at the office Mark won over 20 felony trials and got many more felonies dismissed.
In 1999 Mark started his own criminal defense firm. However within a year or two Mark joined up with Chad Shell to start one of the best and most successful criminal defense firms in Arizona. Mark and Chad are partners to this day and have successfully represented thousands of clients charged with felonies and misdemeanors all across the state of Arizona. They have represented clients in Kingman, Flagstaff, Prescott, Sedona, Prescott Valley, Glendale, Peoria, Tucson, Casa Grande, Florence, Globe, Show Low, Pinetop, Verde Valley, Yuma, Avondale, Litchfield, Tolleson, Phoenix, Paradise Valley, Scottsdale, Tempe, Chandler, Gilbert, Mesa, Apache Junction, Payson, Wickenburg, Gila Bend, Winslow, Cave Creek, Queen Creek, and others.

Partner
Shell & Nermyr, pllc
2000 - Current
Mark Nermyr and Chad Shell have been fighting the power of the government every day for the last decade. Mark and Chad are experienced aggressive attorneys that have earned the respect of prosecutors and judges across Arizona. Because Mark and Chad have a proven record of success their clients always refer friends and family to Shell & Nermyr. While Chad Shell has obtained not guilty verdicts in every type of case imaginable, Mark Nermyr has also obtained complete Not Guilty verdicts in most of his cases including but not limited to: Murder Aggravated Assault Child Abuse Sex Abuse Burglary Resisting Arrest Theft of Means of Transportation Possession of Drugs for Sale Possession of Drugs A FIRM'S REPUTATION COMES FROM PROVEN SUCCESS