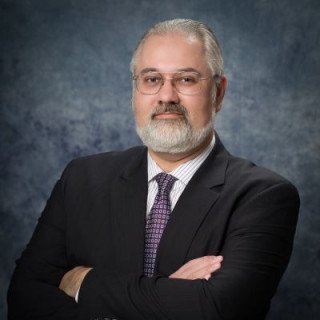 Of Counsel to Stein IP, a nationwide IP firm.
Review This Lawyer
Compare Save
Client Reviews
James Y. November 1, 2019
Our Preferred Legal Counsel We've worked with Marc on a number of IP issues with our video game studio and have always been happy with him. He's personable, knowledgeable, trustworthy, and quick to respond when contacted. We've recommended him to several other people in our industry, as well.
View More
Read All Client Reviews
Badges
Claimed Lawyer ProfileOffers Video ConferencingSocial MediaResponsive Law
Biography

Marc Whipple grew up in Iowa and has a degree in Physics and Math from Drake University. After receiving his J.D. from John Marshall, he became the General Counsel for Meyer/Glass Design, a Chicago invention studio descended from legendary innovation firm Marvin Glass & Associates. When Meyer/Glass started an interactive division, he helped set up, grow, and eventually spin off the software studio, in the meantime negotiating development agreements with companies like Hasbro Interactive and Microsoft for PC and console titles.

After his work at Meyer/Glass, he became the General Counsel of Incredible Technologies, Inc., and helped it take its first steps into regulated casino gaming as well as providing legal support for its famous GOLDEN TEE video golf worldwide tournament network.

Marc now provides experienced support for patent, trademark, copyright, and technology issues as well as advising creatives at every level from startup to established studio. Marc is licensed to practice law in the state of Illinois and before the United States Patent and Trademark Office as a Registered Patent Practitioner.

Social Media
Facebook Twitter LinkedIn Justia Profile Marc Whipple's Avvo Profile Marc Whipple's Lawyers.com Profile Marc Whipple's Martindale Profile
Contact & Map
Stein IP, LLC
330 East Main Street
Suite 211
Barrington, IL 60010
Telephone: (847) 452-5786
Fax: (847) 454-3420
Notice: Physical office hours are by appointment only. Please call or email to schedule. I can take calls evenings and weekends with notice. You are welcome to call and leave a voicemail with my service at any time. I will get back to you as soon as possible.
Email Marc Whipple
Download vCard