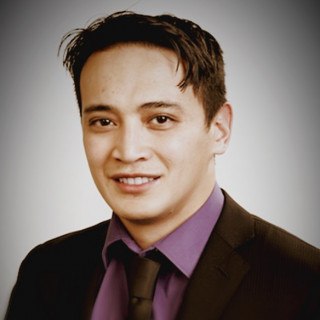 Mr. Beralo and I handled a matter in which he displayed excellent skills as an attorney. I highly recommend him.
Read All Lawyer Reviews
Badges
Claimed Lawyer ProfileQ&ASocial MediaResponsive Law
Biography

Attorney Kristofher Beralo is a founding member of Beralo & Michael. Mr. Beralo grew up in Jersey City attending Marist High School in Bayonne, NJ. While still in high school Mr. Beralo joined the military as an Infantry soldier and deployed to the Middle East.

Mr. Beralo continued with his military service where he received numerous commendations and attended specialized schools such as Air Assault, Army Combatives and Drill Sergeant School. Mr. Beralo also served as a Platoon Sergeant for the 98th Division, instructing future leaders to becoming a Drill Sergeant. Currently, Mr. Beralo is a commissioned officer assigned to the 4th LOD JAG unit acting as a Judge Advocate General.

Shortly thereafter Mr. Beralo moved back to New Jersey and worked under the tutelage of James R. Lisa and Peter Willis where he successfully tried cases in the majority of counties throughout New Jersey both in the Municipal and Superior Court level.

Mr. Beralo has also represented clients in the New Jersey Appellate Division and Federal Court.. In his experience, communication and honesty is the most important thing in a successful attorney-client relationship. Mr. Beralo also serves as the Bergenfield Municipal Court Public Defender. Mr. Beralo is a passionate advocate with a reputation for being a straight-shooter when it comes to his clients’ cases.

Law Offices of James R. Lisa, Esq.
2016 - 2018
Associate Attorney. Litigating matters that are heard on both the Superior Court and Municipal Court.

Law Office of Meneses and Rosades
2014 - 2016
Filed motions and briefs for Family and Criminal Matters.

Drill Sergeant, Fort Dix, New Jersey
November 20, 2017
Army
Gave inspiration and motivation to civilians about the importance of being a soldier and our duty to protect the American way of life.

Q. I live in Colorado and am attempting to resolve outstanding NJ traffic tickets. Can you help, or must I be present?
December 23, 2019
A: You could have your appearance waive for certain circumstances. Reach out to a NJ attorney so that they could help resolve this matter for you.

Q. Can I withdraw my guilty plea of eluding police (car chase) if I fired my lawyer due to misrepresentation?
October 18, 2019
A: A short answer is that you can file a motion to withdraw your guilty plea. However, I suggest you hire an attorney to further guide you on this matter since there a lot to consider such as where you are procedurally (if you were sentenced etc.) with the case and the circumstances of your plea (plea form, plea hearing etc.).