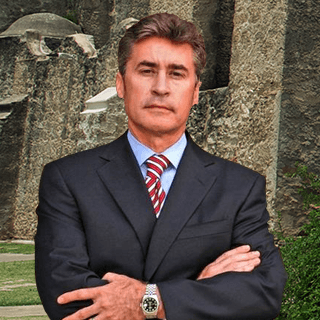 Kevin L. Collins has practiced law for more than 25 years, primarily in San Antonio, Bexar County, Texas, and the surrounding areas at The Law Offices of Kevin Collins. He received his bachelor of arts from the University of Missouri-Columbia in 1983 and his Juris Doctor from the University of Missouri-Kansas City in 1986. Mr. Collins is a board-certified specialist in both criminal law and juvenile law as recognized by the Texas Board of Legal Specialization. He is also a member of the Sentencing Committee of the National Criminal Defense Lawyer's Association. As a specialist in juvenile law, Mr. Collins not only lectures every year at the Texas Bar Juvenile Law Conference but also, in accordance with Texas juvenile criminal law, fully familiarizes himself with the psychological development of adolescents. Mr. Collins is a former federal law clerk and assistant district attorney, so he has a healthy perspective from all sides of the courtroom. This insight has led to his enormous success, which has been recognized by his peers in Martindale-Hubbell's AV-Preeminent* rating. He is a member of both the National and Texas Associations of Criminal Defense Lawyers and has represented hundreds of clients in both federal and state courts; he has successfully defended clients alleged to have been involved with murder, child pornography, sexual misconduct, assault and other charges, including driving while intoxicated. In many of his cases, the charges were summarily dismissed; in some other cases, the charges were reduced or the client was released with time already served. His personal philosophy is to live by the canons and zealously defend each client to his utmost ability. Because of this dedication, he has been awarded the title "One of San Antonio's Best Criminal Defense Lawyers" since 2007. *AV-Preeminent and BV-Distinguished are certification marks of Reed Elsevier Properties Inc., used in accordance with the Martindale-Hubbell certification procedures, stand