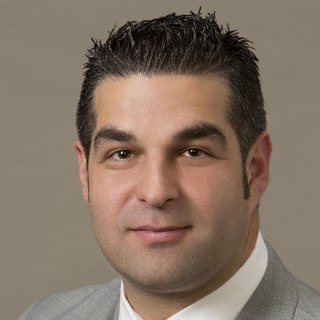 Kevin E. Harchar is admitted to practice law in Pennsylvania and is a member of both the American and Pennsylvania Bar Associations. Mr. Harchar is based out of Pond Lehocky’s Scranton office. Prior to joining Pond Lehocky Stern Giordano, Mr. Harchar practiced as a workers’ compensation defense attorney from August 2009 to October 2013 at a prominent Scranton, PA law firm, where he handled all aspects of workers’ compensation claims from beginning to end, including hearings, depositions and WCAB and Commonwealth Court appeals. Mr. Harchar also practiced at an insurance defense law firm from April 2008 to August 2009. Mr. Harchar has been selected as a 2013 Super Lawyers® Rising Star. He was also honored with the Lackawanna Bar Association’s 2011 Exemplary Service Award, given in recognition for his efforts in developing and instituting the Wills For Heroes Program in Lackawanna County. Wills for Heroes is a non-profit organization that provides first responders with important legal documents at no-charge. Mr. Harchar has co-authored an article entitled “Resignation’s Lasting Effect on Future Benefits” which was published in the April 17, 2012 issue of The Legal Intelligencer. Additionally, he has spoken at several seminars and panel discussions related to workers’ compensation as well as other areas of the law. Mr. Harchar is actively involved with Lackawanna Bar Association, including the Law Day, Public Relations, and Family Law Rules committees. He is also a Lackawanna Pro Bono Fundraising Gala Committee Member as well as the co-chair for Wills for Heroes. Mr. Harchar obtained his J.D. from Widener School of Law, graduating in 2008. During his time in law school, he was a law clerk at the Pennsylvania Board of Probation and Parole and a law clerk at a Harrisburg, PA criminal/insurance defense firm. Mr. Harchar was also a certified legal intern at the Harrisburg Civil Law Clinic in Harrisburg, Pennsylvania and at the Lackawanna County Di