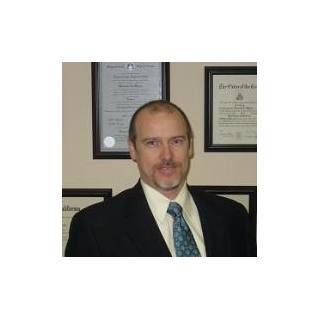 I was born in the San Fernando Valley in 1969. I graduated from high school in Simi Valley as class valedictorian. I went to college in San Bernardino on a full academic scholarship, attending the University of Redlands from 1987 to 1991. I graduated with a bachelor's degree in both psychology and philosophy, and made Dean's List. I then worked for three years at an escrow office in Canoga Park (now Winnetka) saving up money for graduate school. From 1994 to 1997, I attended the law school at the University of California, Davis, School of Law, where I graduated Order of the Coif (top 10% of the class), the highest academic achievement in law school. During law school, I worked summers to gain experience, including an internship at the Department of Fair Employment and Housing, where I wrote a summary of state and federal laws on age discrimination for the attorneys in the Department. I also worked during law school for a federal judge in Sacramento while he was presiding over prosecution of the Unabomber.

After law school, I was hired by Lionel, Sawyer & Collins, which at the time was the largest law firm in Nevada.
I worked at that firm's Las Vegas office for over six years litigating cases in state and federal courts and in arbitration for Fortune 500 companies, celebrities, athletes, and local businesses (including major casinos). In 2003, I left that firm to open my own law firm in Las Vegas. However, I soon made the decision to move back to the San Fernando Valley. Since 2006, I have worked at a handful of law firms in and around the San Fernando Valley. For years, I have limited my practice exclusively to employment cases, representing employees against employers. I help employees with discrimination, harassment (including sexual harassment), retaliation (including whistle-blower retaliation), wage/hour violations, and violations of protected leave laws (FMLA, CFRA).

I take all cases on contingency and I advance all costs.

Attorney
Kenneth R. Myers, Esq.
2003 - 2007
I opened a solo practice in Nevada, then took a hiatus from legal practice to pursue other opportunities including creative writing and working as a professional poker player (including an appearance at the 2005 World Series of Poker) before relocating to the San Fernando Valley (where I am originally from) where I did contract work and opened the San Fernando Injury Law Center which I operated until I took a position with medical malpractice firm Rushfeldt, Shelley & Drake, LLP to help them expand their practice areas.

California Bar Association
member
2000 - Current
Activities: When I first graduated law school in 1997, I went to work in Las Vegas, Nevada, and passed the Nevada Bar Exam (then one of the hardest in the nation with only about a 50% pass rate). In 2000, I realized I would likely want to move back to the San Fernando Valley in the future, so I took the California Bar Exam and passed with three days of studying (though I would not recommend this approach to aspiring lawyers). I did remain "inactive" status at first, since I was still practicing exclusively in Nevada, and I then switched to active status after moving back to California.