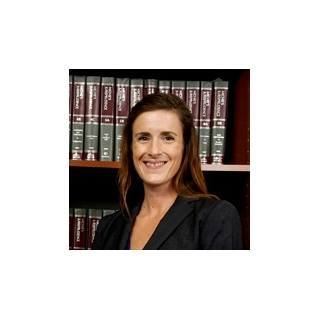 Kathleen Marie Stotish was born and raised in central New Jersey, and has called northern Virginia "home" for nearly a decade. She focuses her practice on business transactions and commercial litigation, and also works in the areas of collections/creditors' rights law, and family law. Ms. Stotish has also been certified by the Commonwealth of Virginia as a Guardian Ad Litem for Incapacitated Adults. Ms. Stotish graduated cum laude from the Washington College of Law at American University in 2012. During law school, Ms. Stotish worked as a Law Clerk with the Law Offices of Jonathan Gelber, PLLC, and interned with the Honorable J. Michael Ryan at the Washington D.C. Superior Court, as well as the United States Sentencing Commission. Ms. Stotish also served as a student attorney in Washington College of Law's General Practice Legal Clinic, and was the Director of Programming and Development for the Student Health Law & Justice Society. Ms. Stotish received her Bachelor of Arts in Administration of Justice from the University of Pittsburgh in 2005. Ms. Stotish has served on the Council of Young Professionals for Stop Child Abuse Now (SCAN) of Northern Virginia and has volunteered as a beginning to advanced level English teacher for Sudanese refugees living in Cairo, Egypt.

U.S. District Court for the Eastern District of Virginia
Since 2013