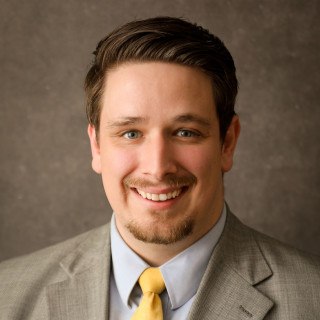 Jonathan Eller graduated from Brigham Young University, with a degree in English. Prior to attending BYU, Jonathan served a two year service mission in Brazil, Porto Alegre where he learned and became fluent in Portuguese. After graduating from BYU he was associated for five years with United Healthcare as an Escalation Specialist resolving high priority and managerial issues.

Jonathan always had a strong desire to become an Attorney but it wasn’t until after his father passed away that Jonathan received the inspiration needed to embark on that career path. Jonathan saw first hand the power of the law and how the preparation of legal documents that his father had prepared prior to death, simplified the burdens Jonathan’s father left to his widowed wife and children. It was then that Jonathan pursued his legal career, obtaining a Juris Doctor from the University of Nebraska College of Law in 2019. While in law school, Jonathan was a class representative for the Federalist Society and the International Law Society. Since graduating, Jonathan has become a shareholding partner and has focused his efforts in helping families get a financial fresh start through the Bankruptcy Code.

Jonathan is licensed to practice law in both Nebraska and Kansas and is a member of both the Nebraska State Bar and the Kansas State Bar.

Jonathan and his wife, Cassidy have four “fur children”. Three dogs and one cat. Jonathan loves to travel, play games and to socialize with friends and family.

Does My Spouse Have To File Bankruptcy With Me?
Lepant Law Office, PC, LLO

Q. My ex is filing a chapter 13 bankruptcy in WY is claiming to owe me less than he does, i have a lien should i file claim
April 29, 2020
A: Hi there, I agree with Timothy, you need to contact a bankruptcy attorney to make sure he does not discharge this debt. A lot of your issue will revolve around whether or not the support obligation was classified. Non-support Domestic Obligations are no longer dischargeable in a Chapter 7 but are dischargeable in a Chapter 13. Most attorneys offer a free consolation so you may want to look into that to better weigh your options.