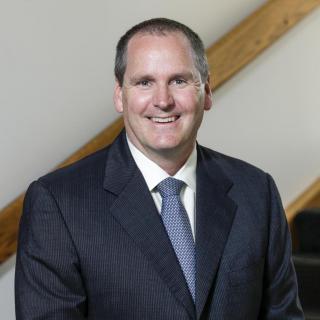 John Callinan is a Certified Elder Law Attorney, certified by the National Elder Law Foundation as accredited by the American Bar Association. John was graduated from Rutgers University in 1990 with a B.A. in psychology. In 1993, John was graduated from Rutgers School of Law-Camden from which he received his Juris Doctor with Honors. John is admitted to practice law in New Jersey and Pennsylvania. He is also admitted to practice before the New Jersey federal district courts and the United States Court of Appeal for the Third Circuit. John clerked for the Honorable Patricia Del Bueno Cleary, P.J.Ch. He has concentrated his practice in elder law since 2000. John has been made a member of the Council of Advanced Practitioners (CAP) of the National Academy of Elder Law Attorneys (NAELA). CAP membership is limited to those NAELA members who have been members of NAELA for 10 years or more, who have a Martindale-Hubbell rating of AV, and who are Certified Elder Law Attorneys. Membership in CAP is by invitation only and is designed to recognize those members of NAELA who are perceived to be innovators in the field of elder law and instrumental to the future of elder law In 2014 and 2015, in addition to receiving a Super Law Award in the practice of Elder Law, John was named a Top 100 Lawyer in the State of New Jersey by Super Lawyers. To date, John has received a Super Lawyer Award in the practice of Elder Law in 2011, 2012, 2013, 2014, 2015 and 2016, John is the author of the leading book on the subject of elder law in the state of New Jersey, entitled New Jersey Elder Law: A Resource and Planning Guide. John's book is published by American Law Media, the publisher of the New Jersey Law Journal. He frequently lecturers on topics of elder law to the general public and professionals.