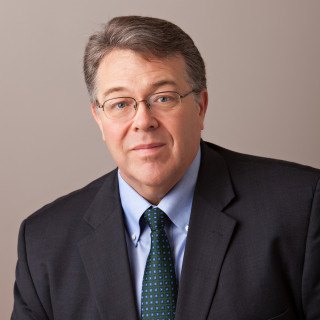 John practices law the way I wish all attorneys practice law. He is highly skilled, and treats everyone with respect. He has -- and well deserves -- the respect of the judiciary.
Read All Lawyer Reviews
Badges
Claimed Lawyer ProfileOffers Video Conferencing
Biography

Immediately following law school Mr. Cutler served as a federal law clerk for the Chief Bankruptcy Judge for the District of Arizona. As a law clerk Mr. Cutler further polished his legal research skills and he learned how judges view cases and what helps them make their decisions. In 1991, Mr. Cutler joined the Bonneville County Prosecuting Attorney Office, in Idaho Falls, Idaho. As a deputy prosecutor, he handled both misdemeanor and felony prosecutions and tried numerous jury trials. Mr. Cutler also spent a significant time prosecuting and trying Driving Under the Influence (DUI) cases.

In 1995 Mr. Cutler took his clerkship and prosecution experience into private practice and in 2003 opening his own law firm, the Cutler Law Office, P.A. The Cutler Law Office, P.A. is primarily a criminal defense litigation firm, with an emphasis on the area of DUI defense. Mr. Cutler has had numerous jury trial in State and Federal Court along with numerous motions to suppress evidence and other motions.

Mr. Cutler has also been recognized by his peers with an AV Preeminent professional rating by Martindale-Hubble and has a “Superb” 10.0 rating by AVVO.com. His clients have also given him the AVVO Clients Choice award for 2017 and 2018.

Mr. Cutler enjoys his work and helping people with their problems. He wants to put all his experience, education and skills to use in defending you and your reputation.

Attorney\Owner
Cutler Law Office, P.A.
2003 - Current
Cutler Law Office, P.A. is a Criminal Defense and DUI Defense firm. We thoroughly investigate each charge and work with you to determine the best possible outcome for your case and then diligently work to obtain that outcome whether it is through Jury Trial or negotiated settlement.

Attorney
Cooper Wetzel Avery & Lee
1995 - 2002
Litigation and legal research primarily in the areas of criminal defense, domestic relations, and bankruptcy law. Responsible for my own caseload from initial client interview, discovery, and pretrial motions through trial or negotiated settlement.

Idaho Association of Criminal Defense Lawyers
Member
2001 - Current
Activities: In addition to being a member of the organization, I currently serve on the organizations Board of Directors.