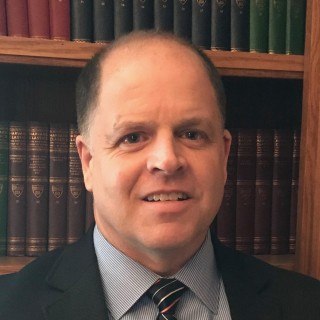 Working with Mr. C.W. Hack, Jerry initially offered a wide range of legal representation in a general practice. He moved to a Tulsa real estate firm, traveling the state and practicing in seventy-two (72) of Oklahoma's seventy-seven (77) counties. Since 2001, Jerry has maintained his general practice known as the Lundy Law Firm. He has maintained offices in Broken Arrow and Tulsa and has represented thousands of clients.

Jerry's family is his focus outside of the office. Married with two (2) children who are his pride and joy. “I take a lot of pride in my family. I was blessed to grow up in the Broken Arrow and have enjoyed watching my immediate and extended family participate in and with the Broken Arrow Community."

Dedicated to his clients, Jerry goes to great lengths to provide the best service possible. He is currently licensed and admitted in the State of Oklahoma and in all three (3) Federal Courts (Northern, Eastern and Western Districts of Oklahoma). Over his twenty plus year legal career, Jerry has practiced in many areas of law, but he now concentrates his practice in the fields of estate planning (wills and trusts), probate, bankruptcy, real estate, adoption, and various criminal defense matters. Jerry carries an “BV” rating by Martindale-Hubbell Legal Directory.